Principle 19: We don’t lose past gains after a fall 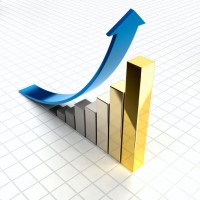 If we were trying to stay clean and had a fall, we must realize that we haven’t lost anything that we gained until now. We simply have to get up and continue from where we left off. The Steipler once told someone who complained to him about how difficult this struggle was, that the times we fail are erasable, but every time we pass a test is a Kinyan that's ours to keep forever. Even if we are successfully misgaber (overcome) only once in a while at first, this initial hisgabrus will ultimately lead us to break free completely.

A king once had a good friend whom he hadn't seen in many years. When this friend finally returned, the king was so happy to see him that he told his treasurer to take his friend - who happened to be a pauper - to the royal treasury, and to give him one hour to take as much money as he wanted! So they brought him into the treasury and gave him a bag, which the poor man proceeded to fill with gold coins until the bag could hold no more. Full of gratitude and happiness, the poor man began to leave, but as soon as he stepped out of the door, the guards gave the bag a big kick and all the coins spilled onto the floor. The man was distraught, but he looked at his watch and saw that he still had plenty of time until his hour was up, so he quickly returned to the treasury and began to refill the bag with coins. But when it was full and he tried to leave, once again the guards gave the bag a big kick and everything went flying. The man was at his wits end, but seeing that he still had more time, he refused to give up and went back again to refill the bag.

The same scenario repeated itself over and over. The guards kept kicking the bag of coins and causing everything to spill, until the poor man was sure that he was simply wasting his time.

Finally the hour was up and the guards dragged the poor man out of the room with his bag barely half full.

But suddenly the poor man looked up and he saw a wagon overloaded with gold coins standing before him. And as he stood there wondering for whom all that money is intended, he saw the king coming to greet him with a big smile. The king told him that the entire wagon load of gold coins belongs to him, explaining that all the coins he had gathered and thought he had lost were saved for him. The king had commanded the guards to empty the bag again and again only so that he would manage to gather up so much more in the one hour that he had!

The lesson is clear. Even if we fell and it feels like we lost everything and are starting again from scratch, we should know that Hashem does this only so that our “vessels” should be empty once again, to enable us to fill them up yet another time with even more achievements. But the attainments from the first vessels that we filled were never lost. They were already deposited into our “spiritual bank account”.

So if you were doing great for a while and had yet another fall, don’t despair! Trust that Hashem had much Nachas Ruach from your spiritual successes, but he wanted you to take it to the next level and therefore he gave you these pitfalls, even though he knew you would fall. What makes a person great is his ability to get back up, despite his falls. And davka by having to renew our determination from the ground up, we are rocketed into a much closer Kesher with Hashem than we ever had before!

Instead of getting down on ourselves after a fall, let us reflect back on how many times we did manage to say “no” to the Yetzer Hara before he won us over now! Let’s recall the many tens - if not hundreds - of times during the past clean-streak that we didn’t give in to him! We definitely have the upper hand in this war. He is determined to make us feel down so that we should continue to slip. But let us focus on the overall picture. Even though we may have lost a battle now, we are still winning the war. Let’s rejoice about our successes and get right back up for the next round, where B’Ezras Hashem, we will do even better!