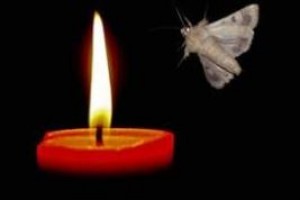 Reb Tzadok of Lublin writes, “Kol adam yesh lo chemda – Every person possesses an inner desire.” It may be for money, physical pleasure, honor, or a variety of other pursuits. “But one should know,” says Rav Tzadok, “that these desires are not bad. Because within your most difficult nisayon (test), blessing in your life is hinged directly upon. That very desire you have, which was given to you by Hashem as a challenge, is the very key to blessing.” When Dovid HaMelech became king, he appointed Shevuel to be his secretary of treasury. Shevuel must have been the most honest person to ever live, you would assume. Actually, however, it was just the opposite. Shevuel was the most money-hungry person around. But Dovid determined that precisely because money rang loudly in his ears, he would execute the job impeccably as its treasurer. And that is because of what Shevuel could turn around. Dovid saw within him the power of teshuvah, and that he could take his very weakness that he had, and return it to its source. That incredible effort Shevuel would put in would itself elicit blessing for Dovid’s treasury. If you hire someone who has the biggest inner struggle for theft, and he restrains himself, that yields the greatest blessing.

The same is true of a host of other life challenges. Someone who refrains from looking where he shouldn’t or holds himself back from saying something is directly infusing beracha into his life. In Dovid HaMelech’s mind, the key was to take the biggest thief and get him to turn it around.

During these weeks of Shovavim, when we turn our focus on matters of Jewish holiness and purity, we can accomplish this.

I remember hearing of the Satmar Rebbe zt”l who would talk about the concentration camps and how people who had lost their lives and children rebuilt themselves. He said, “You have to take the pain, and instead of using it to be angry, convert it to beracha. Take the despair and convert it to hope.” He then would start crying, and everyone would follow with crying themselves. They then would calm down, and the Rebbe would say it again, and everyone would start crying again. When you left, you felt like you were washed in and out. It is the power of taking your weakness and struggle and turning it into your biggest source of blessing and strength in life. And we all can achieve that.