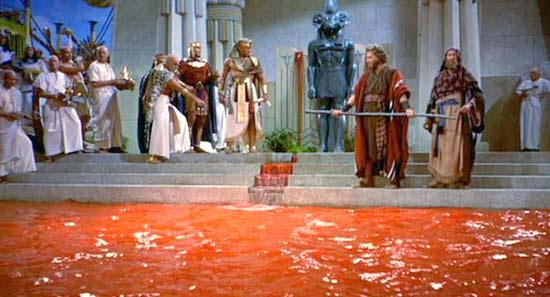 "I Pharaoh, the Supreme King, Ruler, and g-d of Egypt admit that I am powerless over Plagues -- that my life has become unmanageable!" (Step One - Big Book, Egyptian Edition)

Just search Wikipedia and you will learn that "Participation in a Passover seder is the most widely observed of Jewish rituals, even among less affiliated or less observant Jews." No matter what type of Jew your are or where you live around the world, we all enjoy sharing - kids or adults - about how G-d took the Jews out of Egypt with those awesome 10 Plagues!!

Many commentators try to answer how Pharaoh could be so stupid to have to go thru plague after plague for 10 times before he finally let the Jews go. Let's try to get into Pharaoh's head and understand his psyche. Basically we learn from Rashi, Ramban, Rambam, R.Bachya and others that

In fact, in Parsha Va'eira, where the first seven of the ten plagues are listed, there are twelve times that scripture states that Pharaoh's heart was hardened! Just consider the First Plague - the Plague of BLOOD. In Exodus Chapter 17 Verse 14, Hashem instructs Moshe to "Go to Pharaoh in the morning - behold he goes out to the water..." The commentator Rashi cites the Midrash that since Pharaoh had proclaimed himself to be a god who had no need to perform normal bodily functions, he would go to the Nile River every morning to relieve himself unobserved. Hashem now told Moshe to approach Pharaoh while he was doing so. (This seems to help us find one insight about Pharaoh and his obstinate choices - since the first place that Moshe met Pharaoh was "in DeNILE")

It didn't matter to Pharaoh that the First Plague had turned all the waters in Egypt to blood - that all the fish died and that the people had nothing to drink, he still refused to "let my people go!" Let's try again to understand how Pharaoh was thinking. Exodus 7:22 states that the wizards of Egypt replicated the plague of blood - which Pharaoh used as his JUSTIFICATION - "so Pharaoh's heart was strong!"

Hashem sends Moshe to Pharaoh another time to release the Second Plague - of Frogs. We learn from the text and the commentaries about how terrible this plague was, how as soon as an Egyptian tried to kill a frog, it multiplied and even went into their ovens, their food and crept inside their innards!! Even Pharaoh didn't like this plague and agreed to "send out the people that they may bring offerings to Hashem (8:4). Just as soon as Hashem relented and removed the frogs - guess what - "Pharaoh saw that THERE HAD BEEN A RELIEF, and kept MAKING HIS HEART STUBBORN. The Kli Yakar informs us that the fact that there had been a relief was sufficient enough that Pharaoh then went back on his word and didn't free the people!!

This pattern happens over and over again throughout the rest of the seven plagues in Parsha Va'eira. First Moshe unleashes the plague, Pharaoh agrees to release the Jews, the plague ends, Pharaoh hardens his heart and then refuses to let the Jews go!! 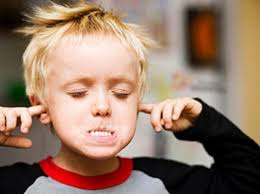 Definition of stubborn. (stub.born/adjective) Having or showing dogged determination not to change one's attitude or position on something, especially in spite of good arguments or reasons to do so. Synonyms: obstinate, headstrong, willful, strong-willed, pigheaded, obdurate, difficult, contrary, perverse, recalcitrant, inflexible, iron-willed, uncompromising, unbending.

As you can see, Pharaoh fits this definition to a tee. Considering all the damage Pharaoh unleashed on the Egyptians, and his unwillingness to let the Jews go, we must conclude that Pharaoh was ADDICTED to the PLAGUES. No matter what happened, no matter the damage, no matter all the evidence, Pharaoh was completely POWERLESS over his actions which led to the Plagues!!

Wikipedia states that Addiction is a brain disorder characterized by compulsive engagement in rewarding stimuli despite adverse consequences.

In the Fourth Step of the 12 Step Program, participants complete a "searching and fearless moral inventory of ourselves." In the 4th Column of the Worksheet, we have to confront and recognize - "What's my Part" in my Resentments and Fears. Addicts all agree that this is absolutely the most difficult and humbling step of the entire Program. It is here that the addict looks squarely in the eye his very own toxic and destructive CHARACTER DEFECTS that keep him - ironically - ENSLAVED to his addiction! But at the same time, they all agree that without this step, they could not Recover and find Sobriety!

Based on the text of Parsha Va'eira, let's see if Pharaoh has any CHARACTER DEFECTS that could have led to his compulsive behaviors despite their adverse consequences. Utilizing the above synopsis of the Parsha and commentators text above - we see that Pharaoh would have to answer Column Four - What's My Part in my Resentments and Fears, as follows:

Let's take a closer look at the text of the Seventh Plague - Hail to see just how well it describes THE ADDICT! As with all the Plagues, first there is the warning "Behold, at this time tomorrow, I shall rain a very heavy hail. Gather your livestock and everything you have in the field; all the people and animals - the hail shall descend upon them and they shall die" (9:19) The addict is very familiar with the warnings given to them by their worn-out spouse, children, boss, bank, IRS and everyone who stands in the way of their addictive destructive behaviors.

And yet, like all true to form addicts, Pharaoh did not listen, he refused to even consider the possible consequences of his stubborn behaviors. "And whoever did not take the word of G-d to heart - he left his servants and livestock in the field." (9:21) "The hail struck and everything...was smashed!" (9:25)

As we learn in the Big Book from Dr. Silkworth's description of the addict, "they pass through the well-known stages of a spree, emerging remorseful with a firm resolution not to act-out again. This is repeated over and over and unless this person can experience an entire psychic, there is very little hope of his recovery!" True to form again, "Pharaoh summons Moshe and Aaron and said, 'This time I have sinned. Hashem is the Righteous One and I my people are the wicked ones. This time, I shall send you out!" (9:27)

The TRUE ADDICT..."Pharaoh saw that the rain, the hail, and the thunder ceased and he continued to sin; and he made his heart stubborn!" (9:34)

As we have discussed in every Parsha Post since the beginning of the Book of Genesis until now, we should not just read about each figure as if they are storybook characters - but rather we can see IF WE ARE THAT CHARACTER!

In this context, our main character - Pharaoh and the concept of Mitzrayim Egypt becomes personal. Every addict is really a Pharaoh and has his own “Egypt” which confines him and from which he must be redeemed. Mitzrayim relates to the Hebrew word meitzarim, meaning “boundaries,” or “limitations.” Material existence confines and limits the expression of G-dliness in the world at large, and the expression of the G-dly spark within our souls. This is called "EXILE." Our Sages relate that not one slave could escape from Egypt. Unfortunately, many times, a person lives a life that creates an inertia that resists change. To borrow an expression from our Sages: “A person in fetters cannot set himself free!”

IS THERE ANY HOPE FOR THOSE OF US IN EXILE?

And yet, although the man may not be able to free himself, G-d refuses to allow exile to continue indefinitely. The first step of redemption is a direct revelation of G-dliness. Since the fundamental characteristic of exile is the concealment of G-d’s presence, the nullification of exile involves a clearer revelation of G-dliness. This will shake people out of their self-absorption and open them to spiritual awareness. For the addict, this is called hitting ROCK-BOTTOM!

These plagues made the whole world conscious of G-d’s presence. Even Pharaoh who had proudly boasted: “I do not know G-d,” became aware of Him and acknowledged: “This is the finger of G-d!”

We can now understand the message of the Plagues and why they had to be so extreme and progressively more and more destructive! Because the miracles were openly seen, they transformed peoples’ thinking. When an idea is communicated intellectually, it takes time to assimilate it to the point that it affects one’s conduct. But when a person sees something with his own eyes, it immediately changes the way he thinks. Once a person sees an event, there is no way he can be convinced that it did not take place.