The Pharaoh of Our Understanding

"We made a decision to turn our Will and our Lives over to the care of Pharaoh as we understood him." (Step Four - Big Book, Egyptian Edition)

Having concluded the Book of Genesis, we embark on a new chapter in the lives of B'nai Yisroel. As we all know from Sefer Bereishis, we have learned about the episodes from the very Beginning of the Universe - thru the period of the moral decline of humanity - to the entry of Avraham Avinu on the scene and the history of his offspring until their arrival in Egypt/Mitzraim. It would be incorrect to say that we didn't see it coming. After all, in Genesis 15:13, "And He said to Abram, 'Know with certainty that your offspring shall be aliens in a land not their own, they will serve them, and they will oppress them four hundred years."

Sure enough (as we say in Texas) G-d kept His word, and we end up in Egypt. But don't forget that we didn't feel so oppressed when we got there. In fact quite the opposite - we were treated like royalty. Yosef was Second in Command. The Jews had their own Shtetel in Goshen. Even Pharaoh showed a tremendous amount of respect for Yakov and all the 12 Tribes. "The Children of Israel were fruitful, teemed, increased and became strong - very very much so." (Exodus 1:7) Seemed like a pretty good life, right? WRONG! "A new king arose over Egypt, who did not know Joseph" And here is where our OPPRESSION began!

So what is the definition of OPPRESSION? In the Dictionary: the feeling of being heavily burdened, mentally or physically, by troubles, adverse conditions, anxiety, etc. Does this sound like anyone or anything YOU KNOW?

As with any oppression, it doesn't happen overnight. It's usually a long, drawn-out period. And it begins with some minor irritations that eventually grow into a state of PARALYSIS. This paralysis is defined as the loss of the ability to move and sometimes to feel anything, leaving us feeling incapacitated and powerless. Just like how I feel as an addict - and how I ultimately feel as a SLAVE! 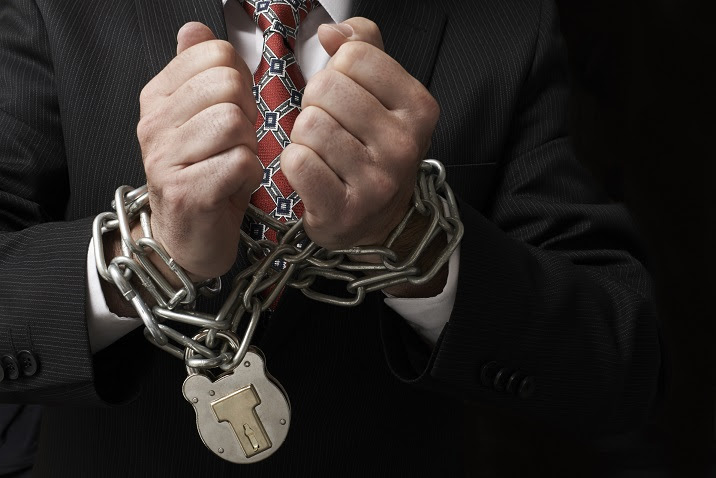 And here's where it gets very interesting. We have to begin by asking why did Pharaoh make the Jews his slaves? What were his motivations? If you look at the verses at the beginning of this Parsha, we get a keen insight into Pharaoh's viewpoint and his emotions about the Jews. He viewed us as "more numerous and stronger than we...that we may join our enemies...and he became disgusted because of the Children of Israel" And within these words, we see some very powerful and negative emotions, such as Fear, Resentment, Jealousy, Dishonesty, and Insecurity.

Let's consider the corrosive power of Jealousy. When we read that "A new king arose over Egypt who did not know Joseph" commentators give a few different interpretations. How do we understand that after doing so much to save Egypt, that Pharaoh could be so bitter towards Joseph and the Jewish people? The answer is that actually, this "new king" was was the son of the Pharaoh who "knew" and made Joseph his viceroy! Can you just imagine the jealousy and bitterness that his son had that his father didn't pick him?!! Once his father - the "Pharaoh of Joseph" died, then this son, the new Pharaoh took out all of his jealousy and anger towards Joseph and the Jews! And we see how this new Pharaoh paid back measure for measure - as we learn that he "made their lives bitter!"

NOW, let’s consider what the Parsha can teach those seeking Recovery:

With this background into the life of Pharaoh and the Jewish people, we can see a pattern emerge - that we can consider relevant to all addicts, no matter what stage they are at - early stage or advanced. The disease is known as a "Progressive Disease." And it's very important to understand that slowly over time, the addiction acts like Pharaoh in 1:8 "Come let us "outsmart the Jews" - the Jews which represent morality and trust in G-d. Pharaoh/the Addiction beat us down, so we could no longer look up to our Higher Power. In fact, it was Pharaoh/the Addiction who become OUR HIGHER POWER!

WE CAN LEARN A LOT from the opening Parsha of the book of Shemos which represents a man's downward spiral into the disease of addiction. Eventually, the addict finds him/herself on a slide into OPPRESSION, PARALYSIS and then into SLAVERY! We might find Parsha Shemos to be very depressing. Fortunately, we end on a positive note with the advent of Moshe and we should remember what G-d told Yakov on his way to Egypt, saying - I shall descend with you to Egypt and I SHALL ALSO BRING YOU UP! 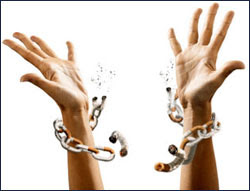