Principle 10: Redirecting the power in our souls 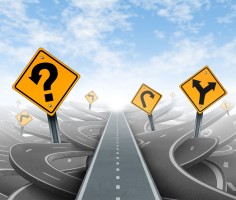 We have often discovered that we were trying to fight only the Yetzer Hara, rather than building and changing ourselves. For true long term success, we must learn to fight the cause of the bad behaviors and not just the symptoms.

The Medrash says that if you did many chavilos (bundles) of sins, do chavilos of Mitzvos instead of them. The Beis Aharon of Karlin explains that chavilos is a language of hiskashrus - connection (as it says “Yaakov Chevel Nachalaso”), and he explains that in order to fix what we did in the past and break free from the “other side,” we need to use the same hiskashrus and enthusiasm that filled our mind and limbs during the times we sinned, and instead do the Mitzvos in the same all-consuming and enthusiastic manner.

In general, those who struggle a lot with these issues, have a great deal of emotional and spiritual energy inside them. It is they who actually have the capacity and potential for the most intense spiritual connection with Hashem. We just need to learn how to channel the energy of our souls in the proper ways.

It is also known that people with particular character traits, such as creativity, love for people and spiritual sensitivity, are more prone to seeking alternate expression for their inner strengths through a stronger than usual lust drive. That is why it is so important to learn how to channel the strengths we have in the proper ways. Heightened lust is actually a symptom of a deep subconscious need that, for some reason, has still not reached fulfillment.