Principle 11: Dealing with thoughts and fantasies 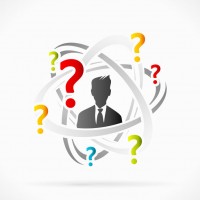 Everyone has these fantasies. Some people more, some people less. We are human beings and not angels. Hakadosh Baruch Hu created the world in such a way that men and women are attracted to one another and, because of this, people get married, have children and populate the Earth. If it bothers you that you struggle with these thoughts, that is already something to be proud of. If we get down on ourselves about fantasies, we become sad, and the sadness brings even more fantasies, and this becomes a vicious cycle that is difficult to break away from. However, the moment we start to look at ourselves in a positive light, we will see that the fantasies will come much less often.

The Ba’al Hatanya (Chapter 27, abridged) writes about those who subdue these bad thoughts:

The Zohar (p.128) extols the great satisfaction before Hashem when the sitra achra (the other side) is subdued here below. For then the glory of Hakadosh Baruch Hu rises above all, even more than is possible through any praise, and this ascent is greater than all else.

Therefore, no person should feel depressed, even should he be engaged all his days in this conflict, for perhaps because of this he was created, and this is his service -- to constantly subjugate the sitra achra.

They tell a story of a Ba'al Teshuvah who once came to one of the Chassidic Masters with a question. Having done Teshuvah for his past evil ways, he found that he was still plagued by bad thoughts and fantasies. The Rebbe gave him a parable:

There was once a Jew named Moshkeh who owned an inn where he used to sell wine and spirits to the gentile peasants of the area. After a while, he became disgusted in dealing with the drunken gentiles and decided to go into another line of business and he closed down the bar. That evening, there was a banging on the door. "Moshkeh, Moshkeh, open up! We want some wine and spirits!" "Sorry," Moshkeh replied, "from now on, the inn is closed." The gentiles had no choice but to leave disappointed. For days, and even weeks afterwards, Moshkeh would keep getting knocks on the door, but as the word slowly spread that the bar was closed, the knocking became less and less frequent, until the gentiles stopped coming altogether.

The same goes with these thoughts, explained the Rebbe. After doing Teshuvah, the thoughts keep trying to get in. But, if we keep the store closed and refrain from our past behaviors, the thoughts too will stop coming to us after a while.