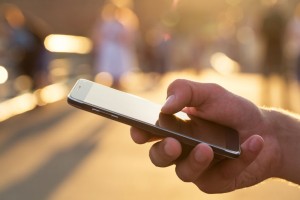 Most experts in addiction will tell you that the two most powerful methods in finding freedom from addiction are:

(1) Group Support: Get out of isolation and connect with others who are going through what you are - and succeeding!

(2) Work the world's most proven and powerful method of all time: the 12 Step program.

What is “The 12-Step Program”? The 12-Steps were developed back in the 1930’s by a group of alcoholics. These people had tried everything in the world, and yet they could not stop their addiction to alcohol even though it was completely destroying their lives. Somehow, Hashem opened their eyes to a simple spiritual program of 12-Steps that began helping even the worst cases to recover. The success of this program slowly spread, and today there are thousands of 12-Step groups throughout the world for every type of addiction, whether it’s alcohol, gambling, over-eating, narcotics, or sexual addiction. This simple program has helped millions of people to recover from even the strongest cases of addiction. The 12-Steps work best when worked together as a group, and with a sponsor. Here is a summary of the 12-Steps:

1. We admitted that we were powerless over *lust* - that our lives had become unmanageable.

2. We came to believe that a power greater than ourselves could restore us to sanity.

3. We made a decision to turn our will and our lives over to the care of God as we understood Him.

4. We made a searching and fearless moral inventory of ourselves.

5. We admitted to God, to ourselves and to another human being the exact nature of our wrongs.

6. We were entirely ready to have God remove all these defects of character.

7. We humbly asked Him to remove our shortcomings.

8. We made a list of all persons we had harmed, and became willing to make amends to them all.

9. We made direct amends to such people wherever possible, except when to do so would injure them or others.

10. We continued to take personal inventory, and when we were wrong, we promptly admitted it.

11. We sought through prayer and meditation to improve our conscious contact with God as we understood Him, praying only for knowledge of His will for us and the power to carry that out.

12. Having had a spiritual awakening as the result of these steps, we try to carry this message to others with similar problems, and to practice these principles in all our affairs.

Guard Your Eyes provides many different anonymous 12 Step phone groups to help Jews connect with other addicts and work together to break free from the grasp of this insidious addiction. Besides for the immense power of group support that these phone conferences provide, we also learn the tools of how to find freedom from this addiction this life-saving program with an experienced sponsor. Rabbi Avraham Twerski indeed suggests to people that they try the GYE phone groups before deciding to join a live 12 Step group (which is the next tool of this handbook). See our website for more information on the many different phone conferences that GYE offers throughout the week.

The Guard Your Eyes network also hosts an online presence for Jews who want to work the 12-Steps. It is a self-contained area within GYE that follows 12 Step guidelines. It includes forums for 12 Step discussion and Step work, and provides details of various phone groups and chat groups for Jews who would like to work the 12 steps with experienced sponsors, anonymously and in a religious context.

GYE also offers phone conferences for the wives of addicts, to help them learn to deal with what they have to go through. There is a special forum for spouses of addicts as well, where they can give and receive support and chizuk to each other. This network of support has saved many marriages.

Introduction to the 12-Step Program

David Hamelech says in Tehillim (13): "Ad ana ashis eitzos binafshi - until when will I try different tactics?"..."ad ana yarum oivi alai" - until when will my enemy rule over me?"... "Habita aneini Hashem Elokai, ha'eira ainai pen ishan hamaves - look and help me, Hashem my Lord, enlighten my eyes lest I sleep the death".

If we feel like these Pesukim were written for us because:

then we have "hit bottom" and we are at the first of the 12 Steps, which states:

"We admitted we were powerless over the addiction - that our lives had become unmanageable".

The 12-Step program, if internalized properly, has consistently proven to be the most powerful approach to breaking free of addictions, all over the world. The 12 Steps are a spiritual program to overcoming addiction that is based on three core principles: (1) Trusting G-d, (2) Cleaning House and (3) Helping Others.

The 12 Steps are built on spiritual principles that are fundamental to ALL religions. Some religious Jews find it hard to accept that they will be learning from non-Jews how to give their life over to Hashem. But this Pasuk in Koheles 7:29 perhaps says it best: "asher asa haElokim es ho'odom yoshor, veheima bikshu cheshbonos rabbim - G-d has created man straight, yet they have sought many complications".

The 12 Steps are the ABC's of being a human being, created in the image of G-d. And we can learn these ABC's from any human being who has lifted himself up above the level of "animal" and seeks to be a humble servant of G-d, regardless of the nuances of the particular religion he may follow. One religious long-time 12-Stepper uses the following metaphor: Often as frum Yidden who are keeping Torah and Mitzvos while acting out in our addiction, we are like someone riding an 18-Wheeler truck that is careening out of control! Instead, we need to get off the 18-Wheeler and get back onto a tricycle again; simple, slow, safe and real.

Technically, the meetings are secular; spiritual but not religious. The program doesn't teach us anything at all about G-d. Instead, it teaches us about ourselves, and somehow that helps us to let G-d in.

At the Agudah Convention in New York (in November of 2009), Rabbi Twerski spoke about the 12 step programs, saying “they work" and denied that they have a Christian component. Each of the steps they entail, he said, "is in Chazal”. Rabbi Twerski also wrote a book called “Self Improvement? I’m Jewish” which shows how the 12 Steps can be found in Chazal. There’s also a great article called “Addiction & Recovery Through Jewish Eyes” by Carol Glass, which compares the 12-Step program to the Teshuvah Templates of the Rambam and Rabbeinu Yonah, finding remarkable similarities.

Many religious Jews who have joined this program have achieved not only recovery from their addiction, but amazing success in all areas of their lives.

Understanding the magic of the 12 Steps

We will discuss here briefly the secret power behind the 12 Steps, and what it is about this simple program that has enabled millions of people around the world since the 1930's to break free of the most severe cases of addiction.

The first three steps are the core of the program: