Addicts Need a Different Attitude to the Yomim Noraim

Someone wrote to us: "I can't take the pressure of Yomim Noraim. I had a fall."

Yomim Noraim is not meant to be a time of pressure. It's a time of great simcha and opportunity.

First, on Rosh Hashana, we coronate the King over us.

Then on Yom Kippur, we get forgiven for the whole year's sins, like a filthy child whose father gives him a shower once a year!

Then on Sukkos, our Father - our King rejoices with us in His warm embrace!

Perhaps us addicts need to adapt a more Chassidish approach to the Yomim Noraim. 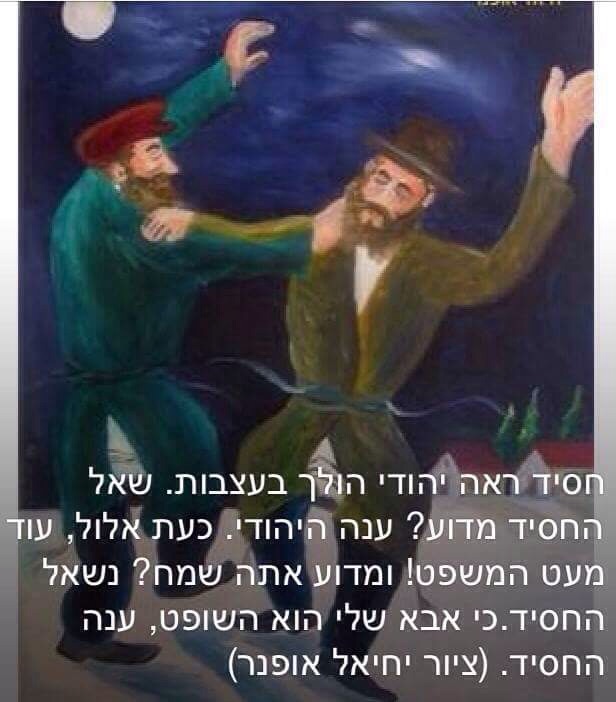 Translation: A Chassid saw a Jew walking depressed. He asked him why? Answered the Jew, "Now is Elul, soon is the judgement! And why are you happy?" he asked the Chassid. "Because my father is the Judge", answered the Chassid.

Translation: "He gazes not at sin in Yaakov and sees not toil in Yisrael, Hashem his G-d with with Him and the trumpeting of the King is within him".

It says in the Zohar that the Satan gets confused when he hears the shofar sounding and can't prosecute.

But what does that mean? He is a Malach! How does some noise confuse him?

When a King is coronated, there are two things are of highest importance. One, is to announce to all his subjects that he is the king! And two, is to look over the state of his people's loyalty and make decisions as to how to get them to be more loyal to him (some will have to die, some will be promoted, some punished, etc).

This is the day of Rosh Hashana, the day Hashem created the world and the day we make Him King again over us. The Jewish people were given the great honor of blowing the trumpets and announcing to all the people of the world that Hashem is the King.... At the same time, the Satan was given the job of bringing a damning "intelligence report" to the king about all the deeds that were done that year showing how disloyal people were to the King. But the two tasks don't go together very well. One symbolizes how loyal we are to the king by announcing to everyone his Kingship, and the other shows the LACK of loyalty.

Perhaps that is the meaning of the pasuk: "He gazes not at sin in Yaakov and sees not toil in Yisrael, Hashem his G-d with with Him and the trumpeting of the King is within him".

Hashem can't see the bad of Yaakov - He doesn't want to listen to the Satan - when they are with Him and trumpeting his kingship to all!

May we all have a sweet year of CLOSENESS to our FATHER our KING!

This is such an insightful and beautiful Chiddush!! So full of hope and inspiration.

This vort is the perfect answer to those of us who wonder if we really have a fighting chance to merit another year.

With your vort, the answer is a resounding "Yes!"

May we all merit a sweet and complete year to come!