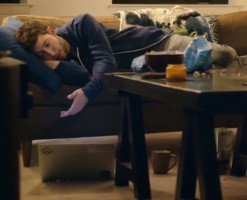 When I started my clean streak from the real bad stuff, I was still watching "clean" moves and shows. However, I realized that this was only making the fight much harder. I finally admitted to myself that I needed to stop the movies too. Since then the fight has gotten easier. I know its hard to let go of movies. But one needs to be honest with himself. In the long run, he'll be happier. The fight is hard as it is. Why do we need to making harder?

I have some trouble with getting sucked down the YouTube rabbit hole. I found this great browser extension (I use it on chrome, don't know about others) called remove youtube recommended, which gets rid of all suggested videos in the home page and while watching another video. Has been extremely helpful. There are also other extensions that you can use to limit how much time spent on certain sites. For example, if a person wants to cut down in binging they can set a limit of like 45 mins a day. Check out StayFocusd and Limit if you are interested.

A research paper on Binge Watching: The research implies that, particularly, the excessive forms of binge-watching can involve symptoms of addiction, such as lack of control, negative health and social effects, feeling of guilt, and neglect of duties.

A constructed questionnaire was designed to collect data from a sample of 260 people from different age groups. The results showed that YouTube and the TV program websites are the main sources that respondents use for binge-watching. The most popular devices used for binge TV-watching are smart phones and laptops. The findings revealed that binge-watching is more significant among the younger age group. Also, the results showed a significant positive correlation between binge-watching and depression.

See here for some great video clips on the topic of Technology Dependence and Binge Watching.

In honor of Shovavim, let's use the YESOD Challenge to help us stop the Binge Watching!