The False Allure of Infidelity 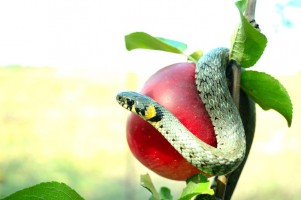 I feel that I’ve been numbed by watching so much garbage to the concept of infidelity, which seems so thrilling etc. I'm very disturbed by this, because even if I can stop watching vids, the allure remains. I’m not dating yet, but I really want to try changing this mindset before marriage.

Shlomo Hamelech says in Mishlei (9 17): מַיִם גְּנוּבִים יִמְתָּקוּ וְלֶחֶם סְתָרִים יִנְעָם - "Stolen waters are sweet, and hidden bread is pleasing". Rav Avigdor Miller, ztz“l, explains the reason for the sweetness – because it’s not yours. When a glass of that glistening, sparkling water is handed to you and is honestly yours, suddenly the magic is gone and it’s quite tasteless. Much of the allur is simply because it is forbidden.

Having dealt with hundreds of people on GYE, I have seen that even men who married the most attractive woman of their dreams, still feel compelled by the insanity of lust to seek more and more "stolen waters" to fill the bottomless cup of the Yetzer Hara's cravings.

Rav Dessler says that the vast majority of lust is the desire to have that which is not ours. We tell ourselves, "If only I had it, I would be happy." Once we do have it, it is now under our belt and part of us and therefore not special anymore. If we truly understood this, we would not run after lust. By definition, one who runs after a married woman believes that if she were permitted to him, it would be truly heaven on earth. 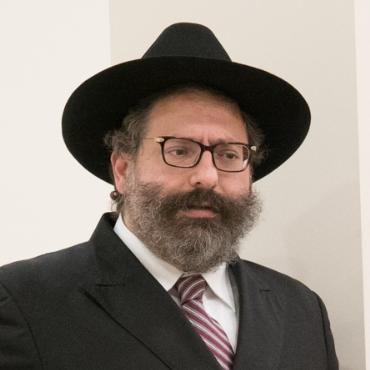 In this 4 minute audio, Rabbi YY Jacobson gives us a real wake up call for these Fantasies!

From an article on Aish.com by Rebbetzin Feige Twerski

In today’s society, extramarital activity is so common. Why does Judaism view having an affair as such a serious transgression?

The challenge in our life’s journey is to successfully navigate the conflict between body – the lesser, baser part of ourselves, and soul – the better, more exalted dimension of our being. The mettle of a person’s character is defined by the choices one makes when spiritual and physical needs clash and pull us in different directions. A critical factor in this equation is that human beings have the remarkable ability to rationalize.

Consider Jerry, who carried on a promiscuous relationship with Lisa, a woman 25 years his junior, maintaining all the while that he loved his wife no less. The long and short of it was that Jerry grew old and Lisa finally realized that she had put the best years of her life on hold. Jerry, a person who had considered himself a decent human being, ultimately suffered from a sense of his lost integrity. Lisa ended up forlorn and alone. It was nothing but a lose-lose situation.

I was recently counseling a couple who was trying to figure out if they had the emotional resilience to recover from the trauma of the husband’s infidelity. How had it happened? Foolishly, in the interest of their economic situation, they had decided to temporarily live in different cities until they would get on their feet financially. Alone and stressed in his new job, Mike, the husband, was a sitting duck for a coworker who was in what she perceived of as an unhappy marriage. An affair ensued. When Maggie, his wife, found out that her husband of 30 years, her childhood sweetheart and the only man she had ever loved had been unfaithful, the sense of betrayal was devastating to the point where Maggie almost came unhinged.

Remorseful protestations by Mike that the other woman meant nothing to him and that this was no more than a temporary lapse provoked by an unusual situation fell on deaf ears. His declarations of unending love for Maggie rang hollow and meaningless to her. Trust had been shattered and in its wake came insecurity. Maggie questioned Mike’s every move and their every interaction was punctuated by the resentment, hurt and anger for what he had done to her. Their relationship was affected by “an abscess that wouldn’t drain.”

It takes great determination, commitment, willpower and input of time and energy to put the shards back together again – if it can be done at all. Relationships, like all things in life, are all too easy to destroy, and unfortunately so difficult to rebuild.

We do live in a sexually permissive time, and many practices previously eschewed have become commonplace and more acceptable. Over time, in the history of man, the pendulum has swung back and forth. Even as the winds have changed directions many a time, Torah teachings remain an anchor of stability even in the most turbulent of times.

The reason for this is the source. Torah, its principles and mandates emanate from a God who is not bound by the constrictions or limitations of time and space. He is above time and space. He spans past, present and future. Hence, His law is as relevant to us in our era as it was at the time it was given almost 4,000 years ago. It is addressed now as it was then to the human being whom He created.

Since He created us He has total knowledge of who we are, what we need and what is ultimately in our best interests, far better than we do ourselves. He is the manufacturer of our “hard drive.” He alone knows what it is that we must do or not do in order to function at an optimum level. We get it when it comes to technology. We fully understand that we are deficient in our expertise and perforce must depend on the manufacturer’s manual to navigate through the intricacies of any given technological equipment.

After all, wouldn’t it be foolish for me to assume that milk could fuel an automobile just because it tastes good to me? Similarly, conclusions on our part about what is constructive and productive for ourselves based on what feels or seems good is both ill-advised and destructive.

The opinions of pundits will be bantered about in the media, and they'll be alternatively confirmed and repudiated. But the bottom line is that they are the same old tricks of rationalizations cloaked in a current idiom. The lesser, baser voice of man is strident and very vocal. Lust, desires and the boundless pursuit of uncensored pleasure, regardless of the toll they exact and the pain of broken homes and human psyches, have taken free reign in our society.

Make no mistake, despite all the sophisticated pronouncements, this does not constitute progress. This is a return to the animal farm. It is an assault on the spirit, the distinguishing feature of man. Sadly, in defying and contravening the ageless wisdom of the Torah, it is the soul of man, the better part of himself, that will be left out in the cold in a lonely and unfulfilled heap.

Hey there, this is actually a stage I went through, some time ago and here are some things that come to mind.

First off, Rabbi Akiva Tatz has a few series that are worth listening to. I found understanding the deeper side of relationships to be very helpful in this area and this Rabbi Tatz explains beautifully. You can can get most of his shiurim here Listen to the ones on marriage, and life relationships.

My eitzah is to try to really understand who you are, as a person, as one of the children of G-d בנים אתם לה' אלוקיכם from last weeks parshah, and who you want to become. Learn about and understand what the role of sexual pleasure is in G-d's master plan of the world (he created it after all, and it's not to torture us...) and how this translates into healthy relationships.

The nature of a man is to never be satisfied and always look for more, bigger and better things. The risk here is that when you do Iy"h when you do get married you will most likely find yourself looking for more and more. Every woman you see will be an "option", your wife's pretty or charming friend, your sister-in-law, co-worker, etc. You don't want to find yourself ending your relationship before it even started because you are fantasizing about a better or different girl. Not a great start to your marriage in my humble opinion.

Secular studies have shown that the key to happiness in this world is healthy relationships i.e. devotion, commitment, sacrifice and so on. This is actually very much in line with Torah thinking except that in the Torah we strive for the ultimate relationship i.e. devotion to G-d. The Ba'al Shem Tov is quoted saying that Hashem created marriage as a moshul for us to understand how to relate to him.