Principle 2: Fear of Heaven can’t always stop us, but it can PUSH us 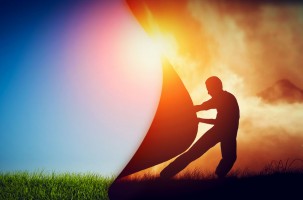 Often we are aware of how serious these sins are, yet our “Fear of Heaven” alone isn’t always enough to stop us when faced with an attack of lust. It’s not that we don’t fear Hashem, but will power alone is often not sufficient when dealing with these extremely addictive behaviors. Not only that, but lust is so powerful that even the greatest Tzadikim who feared Hashem with all their hearts, sometimes felt powerless when faced head-on with lust. See what happened with Masya ben Charash and Rav Amram, Rabban Shel Chassidim. In both these cases, these great Tzadikim had to take extreme measures to ensure they didn’t stumble.

Once the Satan fixed his sight on Masya ben Charash who was a big Tzaddik, and said to himself: "Is it possible that this man does not sin?" Then the Satan went and asked G-d: "How do you view Rabbi Masya Ben Charash?" And G-d replied: "He is a perfect Tzaddik". The Satan said to G-d: "Give me permission to put him to the test". G-d told the Satan: "Go".

The Satan appeared to the Rabbi as a beautiful woman, the likes of which had never been in the world. When the Tzaddik saw her, he immediately turned his face away. Then the woman quickly moved to the side where Rabbi Masya had turned his face to, and again he quickly turned his face away. Then the Tzaddik said: "I am afraid that my Yetzer Hara will overpower me and cause me to sin". What did the Tzaddik do? He called a student that was with him and ordered him to bring him fire with nails. The student brought him nails and the Tzaddik put them into the fire and then to his eyes and became blind. When the Satan saw this, he trembled and fell on his back.

At that time The Holy One Blessed be He called the angel Raphael - for he is in charge of healing - and told him: "Go and heal Rabbi Masya Ben Charash". Then Raphael came in front of the Rabbi and the Rabbi asked him: "Who are you?" and he replied: "I am Raphael the angel, I came for G-d sent me to cure your eyes". Rabbi Masya replied: "Leave me alone, what is already done is done". Raphael returned before the Holy One Blessed be He and said: "Master of the World, thus spoke Masya". G-d said to Raphael: "Go back to him and tell him that I will personally guarantee that the Yetzer Hara will have no power over him". Immediately Raphael went and cured Masya. From here our Sages said: "All those who are careful not to look at women, the Yetzer Hara has no power over them".

The Gemara in Kidushin 81/a tells this story:

Some women who had been taken captive were redeemed and brought to Nehardai. They were kept in the attic of Rav Amram the Chasid and the ladder was removed. At night, a beam of light reflected off one of the women, revealing her beauty. Rav Amram was seized with lust and he moved the ladder (which normally needs 10 people to move it) to ascend. As he was halfway up, he screamed "There is a fire in Rav Amram's house!" and the Rabanan (Rabbis and students) flocked to his house. After they saw that there was no fire they said to him, "You embarrassed us (with your behavior)!" Answered Rav Amram: "It is better to suffer embarrassment in this world than in the next".

What we can learn from the two stories above is that, although Yiras Shamayim is not always enough on its own, it should push us to take EVERY step we can to break free of these pitfalls (see Part 1 of this handbook to learn the steps you can take).