by Aish.com (See all authors) 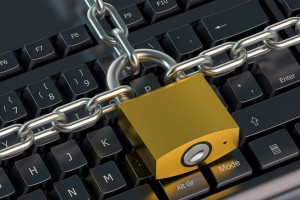 It was an ordinary day in Judge Mindy Glazer’s Miami-Dade courtroom when 49-year-old Arthur Booth appeared before her for his bond hearing. He had been arrested the previous day for breaking into a home, stealing a car, and running from police. He caused two accidents before crashing the stolen car and being arrested.

What happened next was incredible. As she shuffled papers on her desk, Judge Glazer turned to Booth and said, “I have a question for you – did you go to Nautilus (middle school)?” Booth looked up at her, recognized her, then covered his face with both hands overwhelmed with emotion and cried, “Oh my goodness! Oh my goodness!”

The judge said to him, “I’m sorry to see you here. I always wondered what happened to you.” She turned to the court and continued, “This was the nicest kid in middle school. He was the best kid. I used to play football with him, all the kids, and look what has happened.” Glazer set his bond at $43,000 and closed the hearing by saying, “Good luck to you sir,” she said. “I hope you are able to come out of this okay and just lead a lawful life.”

Booth’s cousin was interviewed after the hearing and was asked why she thought he was so emotional. She answered, “He probably was thinking, ‘Wow, I had those opportunities and those abilities. That should have been me up there… He was overwhelmed with emotion because he was filled with remorse and the thoughts of what could have been.”

The Rosh Hashanah machzor says, “Today is the birthday of the world. Today all creatures of the world stand in judgment.” Like Booth, we will appear before the Judge who recognizes us, who knows us since our childhood and beyond. Like Booth, we will feel overwhelmed with a sense of what could have been. As we confront the reality of the many mistakes we’ve made, the poor judgment we have shown, the self-destructive behavior we’ve engaged in, the opportunities we have wasted and the potential we have not realized, we are filled with a profound sense of remorse, an intense regret, and an acute awareness of who we could be.

Rabbi Yehudah HaLevi writes in one of his poems: “The world at large is a prison and every man is a prisoner.” We often feel trapped, confined by the self-imposed limitations we set on ourselves or by the habits, practices and behaviors that we think we cannot change. According to the Society for Personality and Social Psychology, as many as 40% of our daily activities are driven by habit.

Will we get angry or keep our cool, will we eat healthy or let ourselves go, will we be distracted by technology or disconnect, all of these and many more have been programmed into our daily lives such that we are practically on autopilot. We feel imprisoned and trapped by the habits we have formed and the momentum that carries our lives forward.

Our rabbis teach us that Rosh Hashanah is the anniversary of the day Josef was released from prison in Egypt (Talmud, Rosh Hashanah 10b). This is no mere coincidence; it’s a reflection of the power and potential for becoming free on this day.

As we listen to the sound of the shofar, as we celebrate Josef’s release from prison, it is time for us to break out of our prisons; today is the day to finally attain freedom from that which restricts and restrains us.

Wake Up and Live

Rabbi Soloveitchik explains that human beings have the potential to be objects or subjects. When our lives are on autopilot, when we become creatures of habit, we have allowed ourselves to essentially become objects. When we are mindful and spiritually conscious, when we are driving our lives instead of being driven by them, we are subjects.

It is not a coincidence that when the Jewish people fail and make mistakes, the Torah describes them with the word “falling.” An object is affected by gravity. It descends and falls. Similarly, when we allow our lives to be objects, we fall. In contrast, when the Torah wants to describe someone who is growing, changing, or doing teshuva, the Torah uses the language of ascending, going up. When we choose to be subjects rather than objects, when we are disciplined and in control of our lives, we can overcome the force of gravity and lift ourselves up.

When we are sleeping, we are objects. We are just unconscious bodies. When we hear the cry of the shofar and wake up, we become subjects again, animated, thoughtful people making choices. Many of us are sleeping even while awake. We are living life as objects. The shofar is the alarm that screams wake up! Be a subject not an object, ascend don’t descend; set yourself free from the prison of your life.

This is source of the practice not to nap or sleep on Rosh Hashanah day. It’s not a time to be an object; it is the day to be subjects, to wake up and finally make the lasting changes to become the people we know and the Judge knows we were meant to be.

Rav Kalonymus Kalman Shapira, hy”d, was a Chassidic Rebbe in Poland who served as the Rabbi of the Warsaw Ghetto and after surviving the uprising he was later shot dead by the Nazis in the Trawniki labor camp.

In his spiritual diary called Tzav V’Ziruz, filled with incredible human insight and advice, he has the following entry:

If you want to know if you you’ve progressed on your spiritual path over the years, the way to judge is to look at your resolution – at your inner drive – and not at your wishes. Only the inner drive with which you work to attain your desired goal is called resolution. But if you don’t work but rather just want, this is not called resolution. It is just some wish that you wish for yourself to be blessed with that desired objective. For example, the pauper who works to sustain himself, this is a drive, because he is doing something constructive toward it. But the wish that he’ll find a million dollars is just a wish to be rich and not a resolution. Every Jew would like to be a tzadik, a righteous person, but this is no more than a wish; he’d like to wake up in the morning and suddenly find himself a tzadik. Only the level and state of being that you seriously work toward can truly be called a resolution.

The secret to real change, says the Rebbe, is to be honest with ourselves and to distinguish between our wishes and actually making resolutions. There are countless things we claim to want to change about ourselves. We want to eat more healthy, be more patient, spend more time with our children, find time to volunteer, go to minyan more often, learn more Torah, do acts of kindness and so on.

We claim to want to do them but the truth is they are just wishes. We wish to wake up one morning and find ourselves suddenly doing those things. The secret to change is to stop wishing and to start making real resolutions. Personal growth is the result of making a plan, spelling it out and holding ourselves accountable to keeping to it.

When you make a resolution, when you formulate a plan, you need to know where the pitfalls lie and what is likely to try to knock you off your course.

A plan, a resolution, has to be articulated to be serious. We can put it down on paper, set it as a reminder in our phone or simply repeat it out loud to ourselves over and over but it isn’t real, it is just a wish, not a resolution unless it is formally verbalized, articulated or recorded in a way that will make us more likely to follow through.

Share your resolution and plan with your spouse, a family member, or a trusted friend. Ask them to help you formulate a plan and hold you accountable to your commitment.

Leadership expert Robin Sharma once said, “Don’t live the same year 75 times and call it a life.” Let’s not sit Rosh Hashanah after Rosh Hashanah and fill our hearts and minds with wishes that will dissipate as quickly as the sound of shofar. Let’s not sit before the Judge who knew us since we are born and knows what we are capable of, crying because of the missed opportunities and what we could have been. Today, right now, like Josef, let’s walk out of prison and set ourselves free to become the people we know we can be.