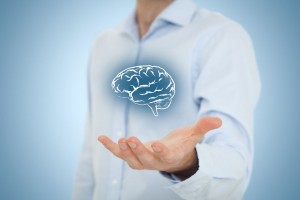 The other day I faced a big Nisayon. It wasn’t a Nisayon of Arayos per se, but more of an issue of curiosity. The Yetzer Hara was so powerful because it was trying to convince me that it wasn’t a Yetzer Hara at all. Nothing is wrong with looking, because it’s totally not Arayos. I thought to myself: no way am I going to win.

The Pasuk says, “Ki Seitzei Lamilchama Al Oyvecha” - when you go to war with your enemy, when you realize that it’s the Yetzer Hara you are battling, I promise you, says Hashem, that you will win - “Un’sano Hashem Elokecha Biyadecha.”

With this recognition in mind, I won that battle. Because when you remember this Pasuk, you remember that when you challenge the Yetzer Hara, Hashem guarantees victory. Ask yourself, “even if this is not technically Arayos, is it Ratzon Hashem that I should be seeing this?” You disarm the Yetzer Hara when you consider what the Ratzon Hashem is, as opposed to what is technically Assur. This mentality is so simple, yet so profoundly powerful.

What followed in my life was that the next time I faced a Nisayon of the exact same nature -"Vishavisa Shivyo" - I conquered my mind back. When I remained vigilant, the Yetzer Hara held barely any sway.

What also followed was a major Shefa of Ruchniyus into my life, so powerful that I cannot begin to describe its sweetness! What you think is ‘small’ down here in this world, makes the biggest impact in Shamayim. When you go beyond basic Shmiras Einayim, and even momentarily conquer the Yetzer Hara of curiosity, the heavens tremble from the impact you make!