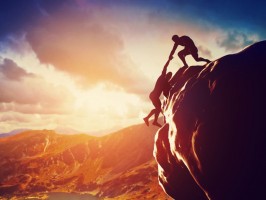 Wow, wow, what a journey it has been!

Before I found GYE, I was stuck in a horrible rut; falling and acting out, then feeling disgusting about it, doing teshuva, and saying never again. But before I knew it, lust took a hold of me and I was at it again! It was a vicious cycle, which I had no idea how I would get out of.

GYE showed me that I wasn't alone in the struggle, that I'm not a faker - just a 'struggler,' and, most importantly, that there IS a way out! Now I had someone I was answerable to, someone cheering me on and checking up on me and I had a goal to reach!

I reached 90 days on the first day of Sukkos, which I feel is significant: to be able to celebrate my 90 days clean with Hashem mamesh!

Although it's still a struggle, it's now an uphill climb, reaching new peaks every day.

I have endless hakoras hatov to GYE for enabling me to actually do it!