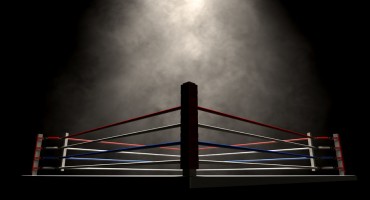 R' Avraham Alter ran a Yeshiva in Chicago for many years. He worked together with Baalei Teshuva. There was one fellow who was straddling the fence for a number of years. R' Avraham very much wanted this fellow to make a commitment. And he told the fellow, "You got to do something. You can't keep wavering." The fellow made a commitment to keep kosher, but he needed one more Superdog.

"Superdog" is Nathan's of Chicago. It's the premier hotdog establishment and it's wildly popular. The fellow sat down with his final Superdog, slathered in mustard, covered in sauerkraut. He's about to take a bite and a man in a suit sits down next to him. They start talking. It turns out their kids go to the same school. Our fellow eats his Superdog. As he's eating it, the other guy asks him, "Do you like Superdog?" The fellow says, "Love Superdog. But interestingly, it is my last Superdog." "Really? Why!?" He says, "Because it's financially difficult for me to be able to afford it. Constant hotdogs are taking a toll on my family." And even though it sounded a little bit ridiculous, he didn't want to disclose that he's not going to eat Superdogs because he's starting to keep kosher. Well, the other guy looks at him and says, "That breaks my heart. Here is what I want to do for you. It bothers me that somebody should stop eating Superdogs because of financial considerations. After all, I own Superdog." And he pulls out of his pocket a card. The card says: "This card entitles you to a lifetime supply of free Superdogs."

The fellow made the commitment and soon kept all Torah and Mitzvos. Today, hanging in his dining room is a framed picture of that card. "Free lifetime supply of Superdog." He knows: every day is a battle, but that is all the Ribono Shel Olam wants from us - to keep on fighting.