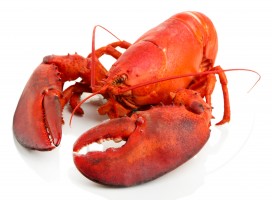 A lobster is a soft mushy animal that lives inside of a rigid shell. That rigid shell does not expand. Well, how can the lobster grow?

As the lobster grows, that shell becomes very confining and the lobster feels itself under pressure and uncomfortable. It goes under a rock formation to protect itself from predatory fish, casts off the shell, and produces a new one.

Well, eventually that shell becomes very uncomfortable as it grows… back under the rocks – good! The lobster repeats this numerous times, the stimulus for the lobster to be able to grow is that it feels uncomfortable.

Now, if lobsters had doctors, they would never grow, because as soon as the lobster feels uncomfortable, it goes to the doctor, gets a Valium, gets a Percocet, feels fine. Never casts off his shell. So, I think, we have to realize that times of stress are also times that are signals for growth. And if we use adversity properly, we can grow through adversity.