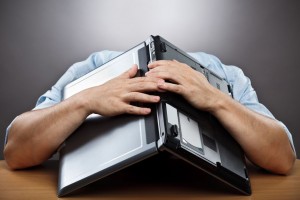 They were drunk although not with wine, they staggered although they drank no ale (Isaiah 29:9).

In the field of alcoholism treatment, there is a concept of a "dry drunk." This term describes those who have stopped drinking alcohol, but whose behavior remains essentially unchanged from their drinking days.

Just as a "dry drunk" phenomenon occurs with someone who has stopped drinking, it can occur in someone who never drank excessively. In the above verse, the Prophet describes such behavior occurring in the absence of alcohol intoxication.

Active alcoholics are generally oblivious to their self-centered behavior. Seeking to satisfy their own needs regardless of how this may affect others, they are likely to project blame for everything that goes wrong onto anyone and everyone - except themselves. They refuse to make any changes in the way they live; instead, they demand that others accommodate.

We often observe this same behavior in people who do not use intoxicants. In a way, alcoholics are more fortunate, for eventually the toxic effects of alcohol will force upon them the realization of their destructive behavior. People who do not drink and who are thus not likely to have any toxic disasters which precipitate a crisis must, therefore, exercise even greater scrutiny, lest they unknowingly indulge in behavior that is destructive to themselves and others.

find myself a competent, trusted friend to help me see if I might not be denying self-destructive behavior.