What Rabbis Who Criticize the 12-Steps Need to Know

Some people who join the 12-Steps end up getting less frum. Doesn't that mean there's something wrong with the program? 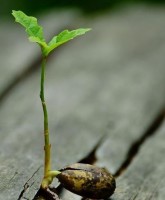 I think that this recording (Shiur #8 of Dov's Shovavim Chaburah) was a very good one, in my opinion.

The entire subject and what he writes (in the Kuntress "Derech Emes", is controversial. I think if you listen carefully, you will understand very well why so many frummies end up a bit less frum in recovery - whether they succeed getting sober, or not.

Basically, he calls the yiddishkeit of most people who chronically sin, a lie and ultimately just serving themselves and others for approval and not serving Hashem; he points out that for chronic desire-sinners their mitzvos and learning are often unopposed by the yetzer hora because 'he' knows that their mitzvos are actually helping them persist with their lifestyle of (acting out) sinning. In other words, he encourages a society where this desire-sin stuff is hidden away well and instead all we focus on is finishing shas and doing chested and other mitzvos with joy. A horror.

I think what he is saying is perfectly logical, completely honest, and everyone knows that it's the truth. No wonder people who come into recovery and become honest enough to see what their own true motives really are in mitzvos asei, davening and learning, become much less excited about their yiddishkeit and our frum society that unspokenly works this way nearly all the time.


Hear it out and read the piece for yourself. I know he's not advocating stopping to do mitzvos, and I make that very clear in the recording. But he is very clear. His point can be taken as a finger-wagging or as another sad commentary on things...or it can be taken seriously.

Now, for the crowd that immediately jumps to say, "Hey! lo nitno Torah l'malochim! Let's be realistic here, please. He may be right, but if we jump to his philosophy and accept an honest approach full-on and openly, then there is no room left for yiddishkeit in our poor time! So the only practical solution for what he is saying is to slowly encourage people to do better and to become more sincere." -- to that he himself responds and says that this is not what it means when it says, "mitoch shelo lishma, ba lishmo."

I understand that the opinion of one polish Rabbi is not going to overturn the Jewish world, especially given that he passed away two hundred years ago anyway and look at the world as it is! But what I am saying is that those who attack twelve steps recovery and do not even understand what he is trying to say, will never be open-minded enough to help the guys who lose their Yiddishkeit as a result of their finally becoming honest at the point of facing their own bottom in addiction...and what makes it doubly pathetic and tragic is that these very same Rabbis had no solution whatsoever for these young men and women all the years that they were suffering!

So what is actually happening over here, is this: these Rabbis are sailing to help these guys and in the same way that R' Akivah hated talmidei chachomim when he failed to learn, these same rabbis are hating guys who are active sex addicts and paint them as enemies of yiddishkeit (by immediately counseling wives to divorce them as soon as they find out about their sex behaviors, no matter what). And then when these Rabbis meet guys who finally found success in 12 steps, they hate them even more because instead of supporting them and understanding them, all they do is attack them as sheigetzes.

Yes, the situation is horrible all around. And I think that GYE bears responsibility to do everything it can to take a stand and help these recovering people even if R"l they have turned their backs on yiddishkeit, and certainly if they have just become 'cooled off'.

My peace. Thank you for letting me share that. What do you say?

I agree whole heartedly. How do you suggest we "do everything we can to take a stand and help these recovering people"?

Yes, there are a lot of things to be done here:

First, GYE needs to educate every single Rabbi/Ruv/family member who complains about guys in SA, PA, etc. who are behaving less frum now that they are going to meetings and getting sober. They need to read the kuntres Derech Emess in Yoisher Divrei Emess (especially perek 4) and then explain to you how they see his main point as being somehow irrelevant to the situation of these guys. [His main point is that honesty is the value of any real avodah and how that is demonstrated.] And if they admit that honesty in avodah is the first priority, then let them explain to you how they would help these guys better. They will see that they have no real plan, because they haven't worked it out themselves yet. Sadly, all they have been doing well so far is: complaining about the bad situation. Help them admit at least a little bit that they don't really have any plan. That is a great place to start. It's the first step to achieving achdus on this painful topic.

Second, GYE can ask them why they haven't helped most of these guys back while they were in yeshiva. And if they should say, "Because they never told us about their problem!," then you can ask them to tell you exactly what they would have said to the many strong-learning bochurim and married adults in say, Lakewood and Brooklyn, who I know personally, who were using prostitutes or massage parlors weekly over the past 5 years, or to the 200+ I have spoken to on the phone in the past 2 years who were using porn nearly daily for hours and masturbating themselves nearly daily for many, many years. How will they explain to these yidden who are very frum and learning so well while doing these behaviors why being frum didn't save them. And how will they explain why they are throwing them under the bus now that they are finally getting help? And what's their solution for them without a group such as ours? They will probably have no real answer to these questions, only excuses about the yetzer hora and how each bochur is different and needs an individual answer - all just excuses for not admitting that there is a cultural 'hole' here that they've only filled with shame. Instead of excellence in limud Torah within a frum culture solving the problem for these guys, they only learned how to fake it better, how to hide deeper and become professional liars...especially to their own wives and talmidim. No matter how much we hated our double lives, we felt we had no choice and desperately wanted to still be seen as good, frum, people.

I know more than two admired Roshei kolel (and mechabrei sforim) who was seeing prostitutes on a regular basis - and one who still is (at the time of this email). How do they see this as an individual issue or one that needs to be solved by the same cuture and frumkeit that helped them become this way?

The solution will absolutely need to be tolerant of some instability in these guys while they are outgrowing their craziness and these Rabbonim - who could not prevent nor help these guys out of their trouble - will need to do the best they can to at least support them while they get the help they need. They must read "To the Family Afterward" in the book Alcoholics Anonymous. As Rabbis and good yidden, they must help the wives of these guys with their fears and show them how beautiful the Torah way is, when dealing with sick people.

Or they can just suggest something better.

So far, I know of two Rabbonim in our community who have summarily instructed many wives whose husbands admitted there pornography problem to them, to seek divorce immediately and not accept any compromise or patience with Recovery. I suggest that these men are not real Rabbonim, but just uneducated people with an axe to grind. It's so tragic and shameful - because it's unnecessary! I know hundreds who are sober and rebuilding beautiful lives and marriages, just as I am. There is a better way, and it is the absolute responsibility of our Rabbonim to make sure things are done better for Hashem's people.

We are not perfect. There are, b"H many good yidden among us who are nearly perfect and can hold up the banner of nearly-perfect Yiddishkeit. We are proud of them, not jealous nor resentful! And we are not asking to bring down the image of Yiddishkeit in the world, c'v, nor are we claiming that yiddishkeit needs to change. But we are the individuals who see the weak ones, the failures of the system. Those are the ones, like us, who are desperately seeking help in counseling, therapy, 12-step groups, etc. We are not blaming anyone, nor are we claiming that we are blessed with more insight than any Rabbonim - but we have had certain experiences that are not common, b"H. And we, of all people, need the support of Rabbonim while we are trying to pick up the pieces of our lives in the aftermath of our own poor choices in addiction.