The Mind Rules over the Heart... or Does It? 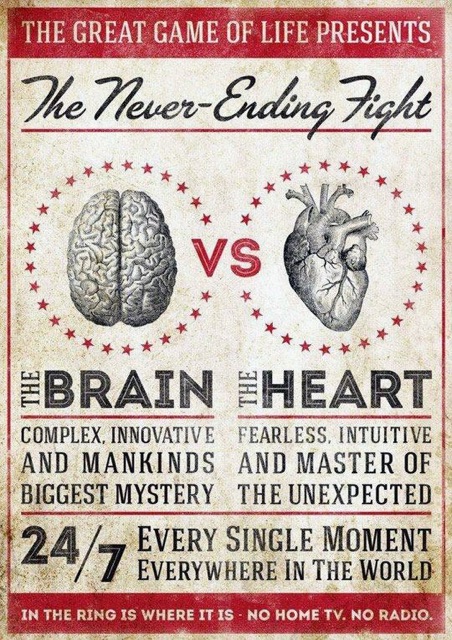 by GYE, Obormottel (See all authors)

I have a question for Rabbi Twerski or any Chabad rabbi who is on the GYE board. How do the 12-steps go with the concept of “moach shalit al halev” (“Mind rules over the heart”)?

Let's take the example of someone who has Diabetes. For years, he tried to fight his sugar imbalances by thinking positive thoughts and by meditating, but it didn't help. Then he was finally diagnosed as diabetic and was told he had to take insulin, eat healthy, and do daily exercises. Instead of using his mind to try and think away his diabetes, he needs to use his mind now to simply take the steps the doctor told him to do.

It is the same with the 12-Steps. For years, we tried to use our "moach shalit al halev" to control our acting-out, but it never worked. Then we found out we were addicts and we had a disease. We were different from other people. With this revelation, we discovered the 12-Step program, which tells us how to use our "moach" to take steps that we know to work for addiction. Instead of trying to fight the behaviors head-on, we learn instead how to let Hashem into our lives through honesty, integrity, humility, group-support, bitachon, emunah, etc... Now our moach needs to be shalit on the lev to get us to take these steps, but no longer to try and fight the behaviors head-on.

Does this make sense?

“Moach shalit al halev” (mind rules over heart) is an oft misquoted and misunderstood concept of Tanya. The actual quote from Tanya (perek 17) reads: “The mind, by virtue of its inherent nature, is master over the left part of the heart, and over the mouth and all the limbs which are the instruments of action...” But this is an incomplete sentence. The full quote from Tanya continues: “…except in him who is completely wicked (rasha b’emes), as the Rabbis said, that the wicked are under the control of their heart (reshoyim b’reshus libom), but their heart is in no way controlled by them. This is a punishment for the enormity and potency of their sin.”

Often times, people hear the “moach shalit al halev” and figure that Tanya is saying a universal rule that applies to everyone: that a person can always think his way out of the situation he finds himself in. Nothing can be further from the truth, and it’s not what the Tanya is saying at all. Whether you consider addiction a disease (as is explained above with the example of diabetes) or sin (and, arguably, repeated and relentless involvement with an aveira/sin makes one into a rasha, a wicked person), addicts are clearly powerless over it, and the Tanya does not suggest otherwise by making a blanket statement that “moach shalit al halev.”

And even if someone is not “completely wicked” (rasha b’emes), he may still find himself to be unable to completely free himself from the obsessions of his heart. As the Tanya says further, in perek 28, with regards to beinoni, “However, if he finds it hard to dismiss these [lustful imaginations or other extraneous thoughts] from his mind, because they distract his mind with great intensity, then he should humble his spirit before G‑d and supplicate Him in his thought to have compassion upon him in His abundant mercies." This is the admission of powerlessness (step 1 of 12) and believing that only “Power Greater than ourselves can restore us to sanity” (step 2 of 12), i.e. to restore the natural shlita (domination) of mind over heart.