Position statement from the International Institute for Trauma and Addiction Professionals

by International Institute for Trauma and Addiction Professionals (See all authors) 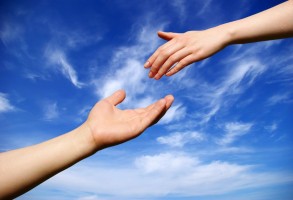 The accusations levied against Harvey Weinstein, Kevin Spacey, Louis CK and others for sexual assault, harassment and abuse have created righteous outrage and concerns that “sex addiction treatment” is being used to excuse their offensive behavior. It is critical to understand that sex addiction and sex offending behavior are not the same thing. A sex offense occurs when there is a non-consensual sexual behavior that has a victim. Most of these behaviors are illegal. It is not uncommon for sex offenders to seek sex addiction treatment when they are struggling. Very few people check themselves into a “sex offender rehabilitation program”, rather they seek “sex addiction treatment.” There is some overlap in these two populations, some sex offenders are sex addicts (and are demonstrating compulsive and addictive behavior), and some are not. However, most studies show that only about 10 % of sex addicts have behaviors that constitute sexual offenses. The majority of sex addicts struggle with issues like pornography addiction, compulsive masturbation, anonymous sexual behaviors, and sexual promiscuity and boundary failure.

Sex addiction and compulsivity is a very real problem. The definition of addiction developed by the American Society of Addiction Medicine incorporates behavioral addictions such as gambling, internet addiction, and sex. This definition is supported by over 30 years of research in addiction medicine and an abundance of neuroscience studies. While much controversy exists about whether to call it an addiction, compulsion, or hypersexual behavior, there are currently over 700 research studies in the peer review literature investigating this phenomenon. Many of these studies have large sample sizes and are from countries all over the world. The current estimated prevalence rates are between 2-6% of the general population.

Whether the behavior is a sex offense or a just regular compulsive or addictive sexual behavior, by in large, the general population seeks help for “sex addiction.” They feel like their behavior is “addictive” or out of control. It is then up to the treatment provider or facility to do a comprehensive evaluation. Many sex addiction treatment facilities have sex offender therapists on staff, in addition to sexologists and sex addiction therapists. There is also a multidisciplinary team on hand to do a comprehensive evaluation for the patient. If the client is not a sex addict and is a sex offender, it is likely that they will be referred to an inpatient sex offender treatment facility to work on their issues.

There are many misconceptions about sex addiction treatment. The first is that it is a retreat or a way to escape problematic behavior. Nothing could be further from the truth. Most inpatient facilities provide over 50 hours of group and individual therapy per week. These include many different types of effective treatment modalities such as cognitive behavior therapy, Acceptance Commitment Therapy, motivational interviewing, mindfulness meditation, the 30 task model, psychodrama and experiential psychotherapies, intensive family therapy, trauma treatment, and medication management.

Each person’s treatment plan is specific to that person and individualized. With the help of the therapist(s), a healthy sex plan that discourages problematic behaviors and encourages healthy behaviors is developed. Treatment also includes reducing shame and developing a culture of support. It is important for individuals in recovery to have a system of accountability and support to make their recovery successful. Often it means changing one’s life and environment so that they are not routinely facing the same environmental triggers and stressors that they had pre-recovery.

While sex addiction was rejected by the DSM committee, published papers discussing the reason for the rejection deemed that the cause was political, due to this being such an area of intense controversy. This decision has left the field scrambling and fighting about how to classify this very real condition, with many sexual health organizations taking different positions on the matter. The World Health Organization may be finally taking a step forward to legitimize the problem, as it’s current draft proposal for the next edition includes “Sexual Compulsivity” in the Impulse Control section of its manual.

The International Institute for Trauma and Addiction Professionals, founded by Dr. Patrick Carnes who developed the Certified Sex Addiction Therapist, or CSAT®, program, a cutting-edge training, and certification program built around academic study, experiential training, supervision and assessment competence. Currently, IITAP is the largest sexual health organization in the United States with over 1700 professional members.