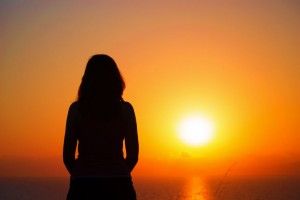 Kayla (pseudonym) was referred to me a number of years ago, by her caring Rebbetzen and mentor, for what she described as a “very sensitive, urgent problem, of a sexual nature.” The following week, the poised, pleasant, 20-year-old young woman showed up for intake and described her presenting problem as follows:

A rule-abiding Beis Yaakov graduate, she had never been involved with a guy- physically, emotionally, or even virtually. Never watched TV, much less pornography, or even much romance. She had no vocabulary, no frame of reference, almost no information about her own sexuality. Her body elicited what it craved, but her mind and soul felt tortured by the dissonance and confusion. I’ve since learned that Kayla is not at all alone in this struggle; many, perhaps even most very frum young women from very insular backgrounds, are not fully aware of normative sexual feelings, and either repress or shamefully hide them.

Our first order of business was some basic psychosexual education. I gave her the terminology, explained the physiology, and shared some statistics with her about the normalcy of female masturbation. Kayla was blown away by the fact that many, many other people “did what she did” including many religiously devout individuals, and that it even had a name. Some of these young women are vaguely aware that boys and men contend with these “feelings and urges,” but believe that women don’t or shouldn’t, while others are entire oblivious to the phenomenon. Kayla had a fuzzy idea about men, transgression, and spilling seed, but she deemed herself decidedly deviant and uniquely sinful. While she was somewhat relieved to learn that she didn’t suffer from some mysterious psychiatric disorder, she still felt paralyzed by her shame and guilt, and was anxious to know the Halachic status of female self-stimulation. I realized I would need to collaborate with Kayla’s spiritual mentors to best help her. Thus began our quest for this bit of information.

We initially contacted her Rabbi, (and I’m deliberately not naming Rabbis). He told us that while it is possibly a Rabbinic prohibition, it could also be Biblical. Out of curiosity, I contacted two other Rabbis whom I know to be knowledgeable, contemporary, sensitive individuals. One was genuinely shocked that female masturbation was, in fact a phenomenon, and asked his own Rabbi, who ruled that while not technically a prohibition, it is neither advisable from a spiritual perspective. The third Rabbinic authority I asked, explained that he too had been trying to understand this question, and had been taught that it could possibly be Halachically problematic based on an interpretation of a phrase in the Gemara which means “women who play frivolously” [nashim mesolelot]. Alternatively, he added, it may be covered prohibitionally by verses from the Torah generally referring to espousing purity and holiness, not veering after inappropriate desires, and the sanctity of marital sexuality. So we ended up with a range of answers, from Biblically or Rabbinically prohibited to permissible but unadvisable, to completely unobjectionable. We found no direct primary sources on the matter (which doesn’t mean there aren’t any- feel free to enlighten me in the comments sections if you know of one or more.) The only clarity we found was that this was not a unanimous or clear-cut issue.

[Note: Frequently, I’ve asked clients’ Rabbis, upon their requests, whether a client could self-stimulate for therapeutic reasons, and while they occasionally question if there is clinical indication, we generally have no trouble receiving the green light. But those are generally cases where there is clear therapeutic value, rather than assessing the act on its own merits.]

Ultimately, regardless of the technical Halachic status of this behavior, Kayla was clear that it was something she wanted to stop. We chose to treat it as any other unwanted habit, but I advised her that it would be most healthy to do so once she was able to stop catastrophizing it and herself through this lens. Her Rebbetzen asked why I wanted her to be more forgiving of it, and I explained as follows:

“Imagine she had come to me, completely distraught about the fact that she occasionally speaks lashon harah, convinced that she is doomed for eternity, and undeserving of love, marriage, or happiness, willing to even take a vow of silence to atone for her unforgivable evil. While no one would suggest that gossip is good, we would agree that the only way for her to develop a healthy approach to working on this behavior, would be to assign it its rightful place in her sense of self and moral compass. If she wants to work on reducing and eventually eliminating this behavior, I’m happy to help her try and work toward that goal. But it will only be a healthy and successful endeavor if we remove the neurotic, life-or-death, all or nothing, sense of urgency around it. It should be like any other area of personal development or spiritual growth she approaches, not trying to fix some dangerous, shameful sickness.” Her Rebbetzen understood completely, and was on board, and so our work began- charts, journaling, editing self-talk.

Why am I sharing this story?

Perhaps the most important message Kayla learned in the course of her therapy is that, far from this being an impediment to her future marriage, it actually revealed a potentially robust libido, a feminine, sexual self, something that would actually serve her quite well at the right time with the right person. Once Kayla was able to understand, accept, and even appreciate this part of herself, she had a relatively easier time “cutting back” on this “habit” as she had wanted. On the rare occasions she “slipped up” she was able to see it through the same perspective as skipping a tefila, or speaking lashon hara- something to work on, but not a reason for profound and abject self-loathing. I hope other women who are confused in this way and read this story will experience the same self-validation and clarity that Kayla did.