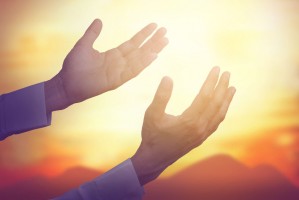 Rashi explains that Yosef purposely broke protocol and stepped in front of his mother for a specific reason. He argued “My mother is beautiful. Perhaps the wicked Eisav will put his eye on her with less than noble intentions. I will therefore stand in front of her to block his view of her.” Rashi says that from this incident, Yosef merited having the blessing “Aleh Ayin” [of grace to the eye]. [Bereshis 49:22]

At this point, according to the Seder HaDoros, Yosef was either six years old or four years old. Even granted the fact that he was “Yosef haTzadik” [Joseph the righteous] and was no doubt extremely precocious and maybe smart enough to figure out the potential danger to his mother, he still was not nearly tall enough to “block Eisav’s view”. How could Yosef have expected to “block Eisav’s view” of his mother by standing in front of her? At best, Yosef came up to his mother’s hip, and more likely, he stood closer to her knees at this point in his life.

On top of that, for how long was Yosef going to be able to stand in front of his mother? A couple of minutes at most! Eisav would ask him to move aside and he would still wind up looking at Rochel. So, again, what is Yosef trying to accomplish here? His efforts seem to be a ‘blessing in vain.’

If truth be told, Rashi in Parshas Vayechi [ibid.] brings a Medrash that in fact a miracle occurred where Yosef did succeed in blocking Eisav’s vision of his mother. However, still, was Yosef really expecting this miracle to occur when he stepped in front of his mother? What was he thinking? He could not have expected such a miraculous growth spurt exactly at that moment!

I heard a beautiful approach to this question from the Tolner Rebbe [Reb Yitzchak Menachem Weinberg] of Yerushalayim, shlit”a. He says that the key to understanding the matter lies in a single word and with this one word Yosef is teaching us a golden rule in life. Rashi writes that Yosef said “I will stand in front of her and I will prevent him (Ah’Ekven’u) from gazing upon her.” Granted, my accomplishments may be minimal – it will be only for a minute or two, it may only be a partial blocking – but it is already worth it. “A half of a loaf is better than no loaf.” Even for that small amount of accomplishment, it was worth making the effort.

Yosef HaTzadik is teaching us an approach in life – be a minimalist! Many try for perfection. We feel that anything short of perfection is not worth it. Yosef is saying “Not true. Accomplish whatever you can accomplish, even if it does not solve the problem, even if it is not a foolproof plan.” Doing something is better than doing nothing!

The Tolner Rebbe told over a story, which encapsulates this thought: His first two children were daughters and his third child was a son. He wanted to name his son after his father-in-law, but the problem was that his father-in-law’s name was Yaakov Yitzchak. Given that his own name was Yitzchak Menachem, he obviously could not name his son Yaakov Yitzchak. The natural thing to do in such a situation is only to name the son Yaakov. However, his father-in-law help (in his lifetime) that if you do not name a child entirely after a deceased person, you are not naming after the person at all!

The Tolner Rebbe was facing a dilemma here. So what did he do? He sent a shaliach [messenger] to the Lev Simcha (the Gerer Rebbe) to ask him this shaylah. The messenger came back with the following exact (Yiddish) quote from the Gerer Rebbe: “Gornisht iz a Greserer Gornisht!” In other words, your father-in-law might be correct that to name a child after him using half his name is “Gornisht” [like nothing]. However, not naming at all after your father-in-law is an even bigger “Gornisht!” [Certainly like nothing]. Therefore – do what you can do and at least use the name Yaakov!

This in fact was the attitude of Yosef HaTzadik. You can only do what you can do, but you must do that even if it does not fully solve the problem or even come close to fully solving the problem. It is a minimalist approach, but the approach makes sense!

The Tolner Rebbe references the Kabbalistic sefer Tzror HaMor (Rav Avraham ben Yaakov Saba [1440-1508]). The Talmud ]Yoma 35b] relates that that a poor person, a rich person, and a wicked person come before the Heavenly court for judgement. They are all asked, “Why did you not study more Torah?” If the poor person excuses himself by saying, “I was so poor I had to occupy myself with earning a living to feed myself and my family…” he will be asked, “Were you poorer than Hillel the Elder…?” If the rich person excuses himself by saying “I was too busy with my property and my investments…” he will be asked “Did you have more property and investments than Rabbi Elazar ben Charsom….?” If the wicked person excuses himself by saying, “I was very handsome and was tempted by my evil inclination…” he will be asked “Were you more handsome and more tempted than the righteous Yosef…?” The Gemara then describes the great temptation Yosef faced in the incident in next week’s parsha where his master’s wife attempts to seduce him.

But hold on for a second! The Rasha could have argued back here. He should have said: “Do you know why he was called Yosef the Tzadik? It is because he was from the spiritual elite of the world. He was one of Yaakov’s Twelve Sons. I am a nothing but nothing. What can you expect from me?

The Tzror HaMor cites a Midrash that says when Potiphar’s wife tried to seduce Yosef, he told her he refused to succumb to her enticements. She responded, “You may be unwilling to do it today, but tomorrow you are going to do it.” He told her “You know what, you might be right.” But nevertheless “He ran outside” because he was determined “At least I will save myself from sinning today!”

“For one more day, I will remain a Tzadik. Even if tomorrow, I know I will succumb to her enticements, let me accomplish what I can today.” Sometimes, a person needs to take what he can – even if that falls short of what is ultimately the preferred accomplishment. Half a loaf is better than no loaf at all. As it turns out, Yosef fled, she slandered him, he was thrown into prison – and he never sinned.

What do we tell the wicked person? We know you are not Yosef the Tzadik – you are not telling us anything new. However, hold on for a day, hold on for an hour, behave yourself at least for the next half hour – that much you should have been able to accomplish. We expect this comparison to Yosef haTzadik from the wicked person. Take what you can get, but at least make the effort.

We are soon approaching the holiday of Chanukah. With the approach outlined above, we can gain new insight into the Chanukah story.

The Maccabees came into the Courtyard of the Bais Hamikdash and found total chaos. It was defiled and desecrated. The situation was terrible. What did they find? They found a small jug of undefiled olive oil with the seal of the Kohen Gadol. There was only enough oil to burn a single night (and according to one textual reading of the Midrash, there was not even enough oil to burn for one night).

What does a person do in such a situation? The default reaction is to do nothing! What is the point of resuming the Bais Hamikdash ritual under such circumstances? Does it make sense to light the Menorah for one night and then leave it unlit for another week or so until they put things back into order and the Bais Hamikdash service properly resumed on a permanent basis? Conventional wisdom would be to “do it right” – get new olives, press the olives, manufacture more olive oil, etc., etc. What were they thinking?

The answer is that they knew the approach of Yosef HaTzadik. They were minimalists. One night of lighting the Menorah is also something. One night is not “nothing.” “Nothing at all” is a bigger “nothing” than the “nothing of one night.”

Rav Yisroel Salanter used to advise that the seamstresses who were Mechallel [violated] Shabbos should at least sew with sewing machines rather than by hand on Shabbos because that involved less Sabbath desecration. What does that mean – “less Chillul Shabbos“? So what? Still, he felt that “less Chilul Shabbos” is better than “more Chillul Shabbos.” Even though it does not solve the problem and it does not make them into Sabbath observers, nonetheless, this is the lesson of Judaism – to take whatever we can, to do whatever we can and hope that the Ribono shel Olam will make up the difference.