Why does the human being seek pleasure and entertainment? 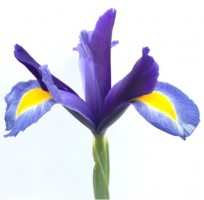 I believe that the root of all desire is the need for Chiddush. Let me explain. When Hashem tried make the world’s tikkun all in one shot with Adam Harishon in Gan Eden, it failed. That’s why Hashem divided up the work into small bits and pieces, with 613 mitzvos, 6,000 years of work, and millions of different people. Each moment of our lives is a chance to bring a new light to our souls and to the world that never existed before. In this way, over time, all of mankind accomplishes what was impossible to accomplish in one shot. Sort of like a car jack. We can’t pick up a car with our bare hands, but if we use a jack and make a hundred turns of the crank, we can lift the car.

So man was created for chiddush, to find new light at every moment. But זה לאומת זה עשה אלוקים. In the same way that our souls want new G-dly light at each and every moment, our body desires new pleasure, hischadshus, something NEW, each and every moment. A person who fails to feel any hischadshus in his life becomes very quickly depressed. Maybe that’s why the word chiddush and samech are almost the same letters. Both have a shin and ches, and the daled and mem are are both multiples of 4. You can’t have simcha without chiddush. And that’s why man is always chasing pleasure, because by nature we were built to use each new minute to bring a new light to the world that was never here before. So when we misuse this koach and focus on our bodies, we seek pleasure. Our minds’ perceive each pleasure as something new. Why are people always reading the news? Does it really matter that somewhere in the world there was an earthquake, or a murder, or someone won a lottery, or that the Yankees beat the Mets? All these things have happened a million times in history and what difference did it really make? But humans seek chiddush. We always need to know what’s NEW so we can feel hischadshus. Otherwise life feels meaningless. And this is why we seek pleasure. When we look at things we shouldn’t, what’s happening is that our soul is looking for something new, a new revelation, a new hispaalus. Hashem made every woman look different, so we are fooled into believing that every time we look at another image on the computer or on the street, we will discover something new. The internet promises endless novelty, millions of pictures and videos, each one supposedly different. But we all know this is an illusion. As soon as we give in, we wake up and ask ourselves, what were we looking for there? We know what’s there. It’s all the same flesh and blood, there’s nothing new there.

But here’s the amazing thing. Hashem wants us to find chiddush. We were built this way so that each moment we bring a new light to our souls and to the world. Like chazal say, בכל יום יהיו בעיניך כחדשים, each day the Torah and mitzvos needs to be like new to us. But we get to choose where we want to find our chiddush. If we decide to find chiddush in the news, whether it’s politics, sports, or we look to find chiddush in entertainment, to watch the latest movie that came out, or if we seek to find new pleasures in food or in looking at things we shouldn’t, etc. we become quickly disappointed. We were hoping for something new, but we end up feeling empty, because there really is nothing new under the sun, as Shlomo Hamelech says in Koheles. אין כל חדש תחת השמש. And the emptiness we feel makes us seek out more taya, in the fleeting hope that maybe next time we’ll feel something new… We’re always seeking to feel the way we felt the first time, we’re always chasing that illusive feeling of chiddush that we once felt, but we never find it…

So we get to choose. If we make a decision that we don’t want to seek chiddush in tayvos and havalim, but we want to seek chiddush in ruchniyos, then Hashem will supply us with the feeling of chiddush in Torah and Avodah. Because we can’t live without it. We were built for chiddush so that we use each moment to make a new tikkun. So if we tell Hashem, Hashem, I don’t want to take chiddush from empty things. I know there’s no real chiddush there, it’s all the same, we all return to the dust, it’s only an illusion of chiddush, Hashem, I don’t want to take chiddush from illusions, I want to find chiddush in YOU, then Hashem will open our eyes and we’ll start to see chiddush in Torah, we’ll start to feel hischadshus in teffilah, we’ll feel a freshness in our avodas Hashem. Because Hashem is infinite, and His Torah and wisdom is infinite, so each ruchniusdik pleasure we feel is a real and eternal chiddush.