A Message from the Kalever Rebbe for Parshas Chukas 5781 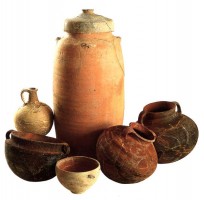 “Any open vessel which is not sealed is impure” (Numbers/Bamidbar 19:15)

FAILURE TO GUARD YOUR EYES WILL BRING DOUBTS AND CONFUSION

To our sorrow, we have recently learned that even among parents who educate their children in Torah institutions, some think that they may allow their children to read or to look at any type of books or periodical, or even to search and watch the internet as much as they wish, and they say that this is good because it will lead to their children to become “open minded”.

They need to know however, that the reality proves that these parents who do not listen to the rabbis and allow their children to be educated in this manner, in the end their children have a closed and confused mind, and a portion of them leave Judaism altogether in a horrific manner. Their children run away from them and their religious path, and do wicked deeds that should not be done. This causes the parents pain and suffering and incredible shame. The parents then go and consult with rabbis asking how it may be possible to rescue them.

This harm occurs among adults as well. As technology has spread, a torrent of various ideas from throughout the world, much more than the human brain can handle, causes the mind to become confused. People have lost their concentration and attention span which is needed to contemplate important matters. At every moment they find themselves drawn to a new thing, which they look at in a superficial manner, thinking each new idea is better than the previous one. This causes their ideas and desires to change constantly from one moment to the next, through whichever zeitgeist they receive from the four corners of the earth via technological devices.

When it comes to this, people lose their tranquility, constantly seeking fleeting happiness, thus destroying their lives. This sometimes even leads to suicide, Rachmana Letzlan, because people become depressed when they were unable to find true lasting satisfaction in any place.

This is particularly so when people look at prohibited images, and this confuses the mind, and this can cause a person to do the worst things, and this can destroy his family or waste all of his money. This is why Chazal say (Bemidbar Rabbah 17:7) “the eye sees, the heart desires, and the body parts complete the deed”. This shows that forbidden images arouse the desires of the heart, and when one allows the heart to control the mind and bring in a spirit of folly to commit sin, and this is like Chazal say (Sotah 3a), “a person never sins until a spirit of folly enters him”.

Therefore, in recent years, as soon as the challenge of looking at the internet began, divorce increased due to looking at forbidden images, and most divorces come from this. There has never been a time when so many Jews have fallen so much from the Jewish religion. Many people who kept all of the mitzvos, have suddenly fallen totally and removed the yoke of mitzvos because of the sin of looking at forbidden images which destroys them.

All of this comes from the advice of the Yetzer Hara, who tempts a person with thinking that merely looking at something is meaningless, since it is not an actual deed. A person must overcome this Yetzer, and think about how important the concept of sight is, because a person’s thoughts depend on this. If someone looks at forbidden images, this causes evil thoughts which will defile him and destroy his life.

Not only does looking at forbidden images defile one’s mind, it also prevents holy things from entering his mind. Even when he hears words of Torah, he is not worthy to understand them properly, and even if he is worthy to understand them, they do not make an impression that causes one to remember them, as it is written “and do not stray after your heart and after your eyes, so that you are able to remember” (Numbers/BeMidbar 15:39).

People who limit their use of technological devices, and are not drawn after the zeitgeist of the street wasting time searching for and looking at all types of news and ideas, but rather use time to build their lives in the best way according to where and how they live. They are worthy thereby to have a clear mind to make proper decisions in life, and this brings them to a happy life in both spiritual and material realms.

It is possible to explain that this is the intent here in the verse “and all vessel”, the word “kli” is a term of “thought”, as it is written “and they thought [vayisnaklu] to kill him” (Genesis/Bereishis 37:18), which is “open” to all of the influences of the street, because “it is not sealed”, because it never uses the cover that was created for the eyes, which are the gates of the mind, in order to close one’s eyes so they should not see evil, then “it is impure”, because one’s mind thereby comes into tuma’ah, and tuma’ah is a term of timtum (confusion), as the Seforim explain (Tomer Devorah ch. 6), that someone who does not keep shmiras einayim has his mind confused in a manner which he does not know who he is, and he finds himself with all types of doubts as to what he really wants or believes. Thus, one must make fences for shmiras einayim, filtering the technological devices, and the like, and then they are worthy to true satisfaction in life.