You Have to See the Lies to Appreciate the Truth!

“But they had learned enough of Humility, Fearlessness and Honesty in the sense we find it necessary!" (BB pg 73) 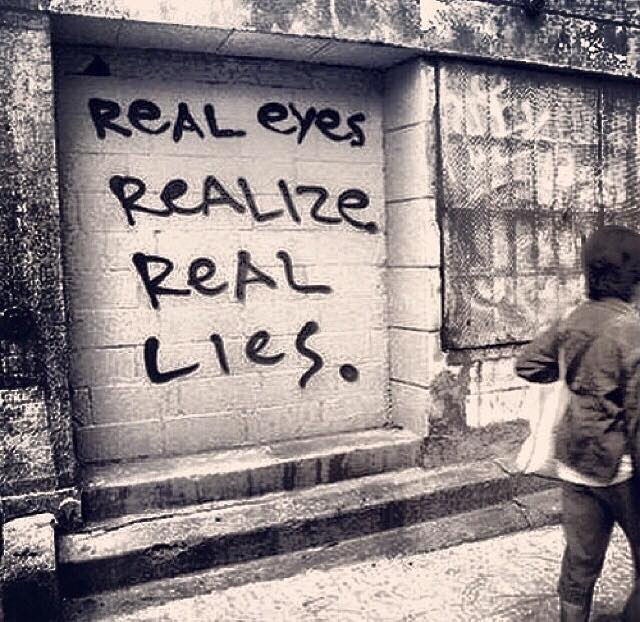 Remember where you came from!

"Yichus" - For those of us with sons and daughters ready to be married off, don't we as parents want their so-called B'sheret to have the best Yichus possible?! We get calls from Shadchanim - we look at the prospective Chasan or Kallah - we investigate them more thoroughly than the FBI - we make calls to their neighbors, to their Yeshivas or Seminaries. G-d forbid they should have "questionable pasts."

But if you really looked far enough back into the past of every Jew, men or women, you'll see a pretty sketchy background! I'm talking about seven out of nine of our Patriarchs and Matriarchs! That's right. Just look at the upbringing and backgrounds of Avraham, Sarah, Rivka, Rachel, Leah, Bila, and Zilpa.

There is a very profound message here—and it is at the heart of Judaism. Abraham and Sarah and the rest of their relatives who later became our ancestors were not born in an environment of Torah. To the contrary, they were born and raised in ancient Ur, a city in Southern Iraq, dominated by idolatry and the cult of kings as demigods, in which the gods were perceived as bloodthirsty jealous titans. Now, G-d—the real G-d—did not expect Abraham and Sarah to turn their lives upside down in a single day!

Just as it with any scientific discovery or theory, it does not come with a snap of the finger. The scientist spends months or years in research, in speculations, doubt, uncertainty, until he or she may discover the truth. Is all that research time not considered part of scientific progress and discovery? Is it seen as a futile waste of time? Of course not! It is the only way to reach any type of truth. This, exactly, was the journey of Abraham and Sarah.

In the words of Maimonides in Mishnah Torah, Laws of Avodah Zarah 1:3, “He began to explore and think. Though he was a child, he began to think incessantly throughout the day and night, wondering: How is it possible for our planet earth to continue to revolve without having anyone controlling it? He had no teacher, nor was there anyone to inform him. Rather, he was mired in Ur Kasdim among the foolish idolaters. His father, mother, and all the people around him were idol worshipers, and he would worship with them. However, his heart was exploring and gaining understanding."

“Ultimately, he appreciated the way of truth and understood the path of righteousness through his accurate comprehension. He realized that there was one God who controlled the planets, that He created everything, and that there is no other God among all the other entities. He knew that the entire world was making a mistake… Abraham was forty years old when he became aware of his Creator. When he recognized and knew Him, he began to formulate replies to the inhabitants of Ur Kasdim and debate with them, telling them that they were not following a proper path."

This is why the Torah tells us that Abraham and Sarah “came with all of their days.” From G-d’s perspective, all of their days were perfectly wholesome. Of course, many of these years included theological blunders and false pagan beliefs. But that was part of their search for truth. The road to perfection must lead through imperfection. They were not indulged in idolatry because they were careless and gluttonous; they were actually seeking the truth and in our complex world, you often embrace the wrong before you discover the right. For Abraham and Sarah, their path to G-d had to lead through other paths, because without that they could have never discovered the One G-d!

Let’s consider what the Parsha can teach the addict...

Just think about every single addict you know who has found Recovery. What we all have in common is a PAST that is blemished with some serious mistakes and falls. I don't think that any of us would admit on our Shidduch Resumes the Powerlessness we have over our addictions.

And yet, somehow we rise above the ugly past and rock bottoms - and as we all can declare "a Power greater than ourselves has restored us to sanity" and we turn to Him to remove all our defects of character and shortcomings."

Our Amidah that we recite three times a day repeatedly reminds us the Love and Support of our Higher Power. And no matter how low we have fallen, no matter how deep we are in our disease and no matter how trapped we feel in our addiction, the Amidah reveals to us that G-d is THE:

"Rarely have we seen a person fail who has thoroughly followed our path. Those who do not recover are people who cannot or will not completely give themselves to this simple program, usually men and women who are constitutionally incapable of being HONEST with themselves!"