The Inyan of Simcha 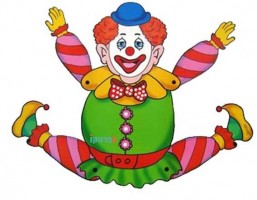 We’re always hearing about the importance of Simcha, especially from the Chassidic sources, mitzvah gedola leihiyos besimcha, and all the more so in Adar… Meshenichnas Adar Marbim Besimcha…

So let’s try to figure out what Simcha really is all about by looking at the happiest day of the Jewish year, Purim. Simcha is an intrinsic part of the Mitzvah of Purim, and it seems to be tied in with Mechiyas Amalek.

When the Yidden camped in Refidim and didn’t have water to drink, it says that they tested Hashem and asked “Hayesh Hashem Bekirbeinu im Ayin” – is Hashem in our midst or not? Now obviously, they couldn’t be doubting Hashem’s existence! They had just seen the 10 plagues and kriyas Yam suf! But what they were really asking was, it’s all very nice that Hashem did great miracles for us, but what about when we don’t see him? We’re walking in the dessert now with no water to drink, can he really be with us, inside of us, working with Hashgacha Upratis at all times, even when we don’t see him? Hayesh Hashem Bekirbeinu im Ayin.

And what are the very next words in the Torah? Vayavo Amalek. Amelek came and fought with the Jews.

Now listen how beautiful this is. The Gematria of Amalek is 240. And the gematria of the word SAFEK – DOUBT is also 240. Amalek comes when Jews have SAFEK – DOUBT about whether Hashem works his Hashgacha even in the physical world when we don’t see Him.

And now, get this. Chazal say: Ein Simcha ke’hataras Hasefeikos. There is no joy like that of removing doubt. In other words, when a Jew removing all SAFEK from his heart and believes that Hashem is ALWAYS with him, even in the struggles and the hardships, that is the ultimate Simcha!

This is such a simple yet profound idea! The real meaning of Simcha is simply EMUNAH, removing all doubt from our hearts and truly believing that Hashem is with us even when we’re thirsty and don’t know what to drink, yes, he is just waiting to see how WE will react.

Will we say, Father, I know you are here, you’re just hiding yourself to test me, but I won’t give in, I won’t give up, or will we ask c”v ask– Hayesh Hashem Bikirbeinu im ayin, which brings Amalek, the gematria of safek.

And that’s why Purim is all about Simcha. On Purim we merited to see how Hashem worked within the parameters of this world, and without any open miracles He orchestrated the incredible reversal of events and the downfall of Haman! And everyone saw clearly that Hashem works in the Teva, they had no more doubts in their hearts. And Me’meilah that destroys Amalek, whose power comes from Safek. Ein Simcha Kehataras Hasefeikos.

May we all merit Simcha - to live with a real Emunah that Hashem is always with us, even in our darkest times and hardest struggles!