THE BREAD IN THE PESACH WATER 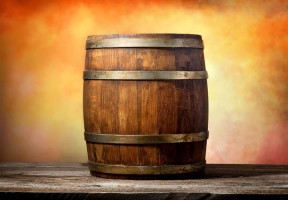 I'd like to share a Pesach story I heard that I think can give us a good perspective on our struggle with the Yetzer Hara. There was a Yid who was not a chossid, but he was a G-d fearing Jew and he put in tremendous effort in preparing for Pesach. He was makpid on all the chumros, and he hired non-Jews to turn over his house and clean everything like new. He even prepared special barrels of water to use only for Pesach.

One year, towards the end of Pesach, he passed by a chassidishe shul and he saw the chassidim streaming in to great their Rebbe, the holy Tchernobler Magid. He suddenly felt a strong yearning or curiosity, and he joined the crowd. When he passed the Rebbe and was offered some shirayim, he refused to take it since he was not a chossid and he was makpid not to eat anything out of his house. The Rebbe looked at him and remarked, "You have chometz in your home!". He was quite skeptical to hear such a thing, knowing that he had cleaned and searched every corner of his home, but he felt a bit shaken by the experience and decided to go home and search once again. After looking around for a while, he could not believe his eyes when he found a full peice of bread in the bottom of the barrel of special Pesachdik water they had prepared!

He ran back to the Rebbe and asked him 3 questions.

Number 1, if the Rebbe has Ruach Hakodesh, why didn't he tell him about the Chometz before Pesach?

Secondly, how did this happen? He had done everything possible to get rid of Chometz from his home!

And lastly, why did he deserve such a punishment from heaven, after having tried so hard and doing all the chumros?

The Rebbe responded to each question lovingly. My son, he said, I don't look normally into other people's business, but when you passed by me and refused to accept shirayim, I looked and saw that you had chometz in your home.

How did it happen? Well, said the Rebbe, the goyim that you hired to clean your home, were not happy by the way you were making such a fuss and constantly telling them off, and they decided to spite you and placed a piece of bread right into the water barrel.

And why do you deserve this, you ask? Well, said the Rebbe, the Torah is deracheha darchei noam, and a person needs to know that as much effort as he may put in, if he doesn't have Hashem's help, he cannot succeed. You put so much effort into cleaning that you didn't even daven to Hashem for help, you were so sure that you had gotten rid of every last crumb of chometz. But Hashem doesn't expect us to go crazy - and make others crazy. He wants us to just do our normal hishtadlus, but at the same time, to know that without His help we can never succeed.

My friends, it is the same in every area in life, in avodas Hashem, and especially in the struggle with the Yetzer Hara. We are not expected to be Malachim, to go crazy, to isolate ourselves in a cave so that we shouldn't see anything questionable chas veshalom. Hashem just asks us to CARE and to do our normal hishtadlus to remain holy. But at the same time, we have to know that without His help we could never succeed. Not even if we went to live in a cave! Because without siyata dishmaya, we stand no hope against the Yetzer Hara. So while we do our basic hishtadlus, we must always have that humility and broken hardheartedness before Hashem, to daven that he save us from the se'or sheba'isah, the Yetzer Hara. May we all be zoche to do the hishtadlus we need, and offer the teffilos that need to go with it, and may Hashem cleanse us all from the chometz of the Yetzer Hara so we can truly leave Mitzrayim to serve Him with a full heart.