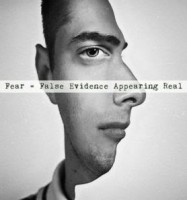 We are are continuing our new weekly Series –

“How this Parasha relates to the Struggler”

Have you ever faced a new opportunity or a big challenge? Did you ever really want to change but something always seemed to get in the way? You may be asking, what is keeping me from taking the steps needed to have a better marriage, or a more rewarding job, or working all 12 Steps in the Recovery Program?

The BIGGEST OBSTACLE to ALL change is FEAR!!

Check out Bamidbar Chapter 13 Verse 33 – which appears after the Spies were sent to tell Klal Yisroel about the "Promised Land":

and so we were in their eyes!"

Don't forget that when Klal Yisroel got this report, we had just spent 13 months at the foot of Mt Sinai, having seen G-d defeat the most powerful nation in the world, taken us out of Egypt, defied all laws of physics by splitting a Sea, revealing himself at Mt Sinai, and then He fed us and protected us miraculously. We were told that He was going to take us within three days to the "Promised Land" overflowing with milk and honey! You would think that by now, we would have a strong sense of faith and trust in the Almighty.

But no!! We bought into a story by men who perceived themselves as "small" and justified their negative self image by declaring that others must see them the same way! False Evidence Appears Real!

Let’s consider how this Message speaks to us...whether we find ourselves at social events, like a wedding where the host put you at the same table as the town macher...or you're in front of some minimum wage bank clerk who tells you you're late on your loan payment...or your boss brings you into his office and you don't know why...or chas-v-shalom you have to decide what to do when your doctor tells you about a health issue - we're probably going to assume the worst and feel helpless and defeated!

If we feel small, weak, incompetent, stupid, ugly or lowly (in our eyes)...then we are going to assume that everyone else is seeing us the very same way!

Psychologists define FEAR as an emotional response to a real or PERCEIVED danger - and they acknowledge the major role that our IMAGINATION plays into the amount of FEAR we have. Have you even been taking a walk at night thru your neighborhood and all of a sudden you hear some noice behind the bushes? What did your imagination tell you what was lurking behind those bushes...perhaps some axe murderer waiting for his next victim, or a big dog with rabies? Do you remember how you reacted...how you freaked out and assumed the worst?

One of the biggest causes of failure in our struggles, is the FEAR we have that we can't win over the Yetzer Hara - the “GIANT" - known in our Parasha as the “Nephillim.” Notice that the root of this word is נפל to fall - as Rashi points out is because they fell and caused others to fall...

It's no wonder that the Second Worksheet of the 4th Step Inventory is FEAR! Fear eats us up alive! And sadly, we are willing volunteers to our own PAIN and MADNESS. And we all know what happens to us when we are full of the PAIN that comes from FEAR and Resentment!!!

Step 2 offers us a solution..."We came to believe that a Power greater than ourselves could restore us to sanity!" And in Step 3, "Made a decision to turn our will and our lives over to the care of G-d."

If only the Spies would have practiced these Two Steps, we would all be enjoying Olam HaBah in Olam HaZeh!!