Making the distinction between religion and the 12-Step program. 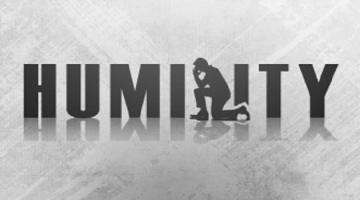 When I start to fantasise or have euphoric recall, I have to accept I cannot use lust successfully. Can you share how you diffuse the situation? Specifically, people have been saying "get on your knees and ask for G-d". Where does G-d come into those moments?

The purpose of getting on the knees and the purpose of asking G-d for help are just taking a step down out of our arrogance. Our arrogance is a very simple thing. It's not an ugly disgusting prideful sounding thing but it's still arrogant: we insist to fantasize about these things, to plan for these things and to drive ourselves crazy because if we're not going to actually do it then we reserve the right to play with the idea and satisfy ourselves that way, at least.

That's arrogance. It's insistence like a child, jumping up and down when he's 3 years old and his mother says he can't buy a certain toy. He jumps up and down and screams and embarrasses her until she might give in. Even if she doesn't give in, he will still try to do it many times before he gives up, because of arrogance. And it's not an evil arrogance, it's a very simple, self-importance.

It's completely innocent to want something. Recovery will never, never, never ever have a goal for you of not wanting something. It's a silly and arrogant to even consider such things.

But it's simple, humble and reasonable to expect a sexaholic or alcoholic to take some kind of humble action when they see themselves wanting to hold on to a fantasy of drinking alcohol or of using erotic scenery. Because it's arrogant to insist that reality play by our rules. We already know what happens when we act out our fantasies: they are perfectly predictable and comforting - and simultaneously incredibly destructive to us. It's exactly the same with both alchohol and lust. Do you see that? No difference between an alcoholic planning to drink a delicious drink and getting smashed, versus a sexaholic cruising around and looking at the women and thinking about how wonderful it would be to act out his fantasies... Our first step admission is, at it's most basic level, just a submission to reality.

When we talk about asking G-d for help with our lust in an emergency, it isn't about G-d, really. It's about us. It's our choice to experience giving up being that child, the 3-year-old screaming and jumping up and down and insisting to Reality (momma, there) that "no, no, no, I must have it, I must have it, my will be done, damn it!!"

That's all it's about. Don't let the magicians around the place fool you that it's about G-d's power magically saving me because I called upon Him...so He's now like a Celestial Candy Machine magically saving people who actually use His name, or something like that. That's nonsense. G-d is never going to be like a knee-jerk candy machine having to reacting to people because they used His name. Like a dog, perhaps. I think that's when prayer turns into manipulation (and it's not uncommon, look inside yourself and you might see the truth of it, as I do in me). No. Rather, the value of "the prayer of the addict," is of us not being God, that's all. It's a drop down onto our knees into submission to Reality, that we are not the king we can't demand what we want. Why wouldn't G-d surely respond to that? We're just fitting the pieces together and being sane. That's completely different than 'doing Him a courtesy' and being religiously obedient by saying, "Oh, G-d," etc.

Also, there is no 'contest' between G-d and lust or alcohol or gambling or any other power. I'm sure he's not waiting in the wings for us to call on His name so he can have a chance to prove that he's more powerful or "greater than fantasy". Of course he's greater than fantasy because he created everything and he's greater than everything, that's not a question and this isn't His battle. We - not He - are the ones who invited this into us by using it and created this problem, we got ourselves in this pickle. We are the only ones who can back out of it and choose reality over fantasy. And by the way, step 3 has very little to do with religion because of this exact issue: the program isn't for or against religion, for it's not about religious dogma or religious worship. It's secular spirituality: Enlightened self-interest.

Except for those too arrogant to admit that and who insist on starting at the top of the ladder (righteous faith and religious holiness) instead of at the bottom! We see those people everyday...reeking of religion and yet still acting their brains out. That was me and many of us. Rather, step 3 talks about accepting G-d's care. Not about doing His Will. It's best done on the knees because it's an act of humility for us to admit that we are not G-d, after all. (And I thank G-d every single day that I am still a steadfastly, deeply religious man and growing in my religion every day...but that took a few years of sobriety to flower properly.)

But Step 3 is not at all about accepting His Mastery or Majesty. It's just about accepting that He's the only act in town, not me. It's a decision to make the big switch. He knows best, I don't. It's a simple acceptance and decision to agree to start living life on Life's terms...basic sanity. Ever wonder why those terms are basically synonymous in Big book literature? "On G-d's terms" / "on Life's terms"? They are, of course.

For the point of both is the same. Step 3 is all about my agreeing not to be that King Baby any more, as the Big book puts it. Step 3 is a simple response to step 2, where we admit that we lack sanity...(dictionary time!) i.e. sound thinking. So Step 3 isn't fancy nor holy. It's just about our acceptance of Reality, that's all. There's a G-d and it's not us.