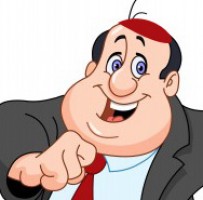 Although we may have been raised religious, we found ourselves acting in ways that went against what we had been taught. Sometimes we came to believe that we never really had Emunah in the first place, or that we were simply “weak-willed” people with a “stronger than usual” Yetzer Hara.

After a while, we may even have come to think that we were anyway too far gone, and that Hashem surely despised us by now, or had abandoned us.

Then we found the GuardYourEyes Network - an entire community of Jews just like us.

We discovered that we weren’t alone. We learned that these behaviors are highly addictive, and what had started out many years ago as innocent curiosity or typical “teenage” problems, may have led us into a full blown addiction.

We learned that we really COULD change. All that was needed to begin our journey was acceptance that we had a problem.

The soul of every Jew cries inside of them, but we had accustomed ourselves to blocking out that cry. With proper guidance though, we began to discover that the Emunah we thought we never had was really there all along.

The word “kofer” comes from the word “covered over” (as in the word “kapores”).The faith of even the biggest Jewish kofer is only “covered over”. Every Jew believes deep down. It is an instinct that we inherited in our very genes, going all the way back to Avraham Avinu. And like birds that can fly thousands of miles back home without ever having learned how, all Jews find their way home if they just follow their hearts.

We discovered that Hashem had not abandoned us after all, but rather had a beautiful plan for us. And as we joined the GYE community, we began to see that plan unfold.

Every Jewish life is a song in Hashem’s honor. After 120, we will stand before Hashem and cry as the most beautiful song of “our lifetime” is played back before us. We will finally understand how much Hashem truly loved us all along, and that all the suffering and distance that we felt during our lives were really all part of a magnificent harmony.

Hashem has waited all this time for us to read these lines and feel the stirrings of hope awaken inside us. Today we will begin to feel the harmony of that beautiful song Hashem is playing with our lives, using the strings of our hearts as the notes...