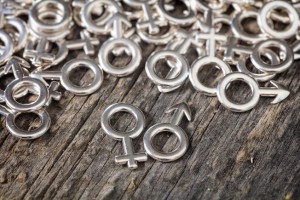 Vulgar style and silencing dissenting opinions show more than anything else their spiritual inferiority.

In light of the to silence the Rabbis of Israel from expressing religious law and Torah thought in public, and as a result of the endeavor to change our values as a religious community faithful to the Torah, I'd like to mention that which is obvious to us all, with a sketch of 13 principles regarding the gender disorientation groups that fight everything holy:

3. We are commanded by G-d to choose truth and life, as a nation and as individuals.

4. Pride is a bad trait. Pride in immorality is several times as bad.

6. Every Jew has a Divine quality that one should love as one's-self. Therefore, we must pray for the wicked to return when we say the prayer of returning captives. For the mentally ill among them - in the prayer for healing.

7. Those who act against the Jewish People have lost their connection to this quality and regarding them the prayer over the wicked was established. Therefore, one must distinguish between those who fall as individuals because of their evil inclination and are not proud of it, and those who lead them as a progressive ideology for uprooting the nation and changing its basic identity.

8. Every person has a duty to rebuke lies and death, that is, to reprove the transgressors.

9. The obligation to rebuke regards others, and depends on it being explained and accepted, and does not work in the opposite direction. But the duty of protest always exists, and is directed mainly inward towards the servants of G-d, to strengthen our position and protest against this public impurity.

10. Gender disorientation is the exact opposite of the Torah's foundation, both for men and women, as the Torah warns us not to emulate the "abominable behaviors of Egypt". Sexuality, according to the Torah, engenders birth and building the future, while they inflame their lusts for nothing, with no responsibility for building the future. The Torah exudes the inner joy of joint creation between man and woman, while they engage in an egoistic preoccupation with cessation of creating life, and are dependent only on the momentary pleasure shared by man and beast alike.

11. The more light, the more shadows. Days ago, a few kilometers away from the march of lies and contamination in Tel Aviv, 52 Talmud tractates were completed.

12. Truth will win and lies will disappear. This is what the Torah promised, "and the L-rd shall return you". And we see it with our own eyes in our ascendant country.

13. Our mental attitude towards those proud of abomination should be peace of mind in the assurance that they are withering while the Torah is growing. At the same time, we must sharpen among ourselves the severity of this impurity. Not as a threat to us, but as a lie that still exists in the world the removal of which we must call for as a condition for the resting of G-d's Presence.

The vulgar language of gender disorientation groups, and the silencing of dissenting opinions show more than anything else its spiritual inferiority and lack of self-confidence among the leaders of this movement.