How to know of you have an adiction

by psychologytoday.com (See all authors) 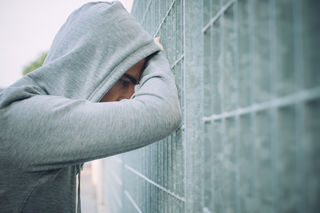 Addicts often express a desire to quit completely, but are unable to follow through. Short-term abstention is common, but long-term relapse rates are high. As Mark Twain said about the pains of quitting smoking: "It’s easy. Done it a thousand times."

Experience with an addictive substance sensitizes the user to environmental cues that subsequently trigger cravings. These cues (e.g., clinking ice cubes) signal opportunities for consumption. For example, upon exiting rehab, addicts who return to their old environment are more likely to experience cravings and resume use. A recovering addict is also significantly more likely to “fall off the wagon” if he receives a small taste of his drug of choice or experiences stress. This is the very phenomenon that AA warns of, that abstinent alcoholics can’t resume occasional drinking without losing control.

Loss of control means that one is knowingly acting against their prior determination to abstain — for example, consuming a larger portion of dessert after deciding to go on a diet. The typical reaction to this failure involves strong negative emotions (e.g., depression and self-loathing). It is instructive that the twelve-step program of Alcoholic Anonymous begins, “We admit we are powerless over alcohol — that our lives have become unmanageable.”

Addicts commonly continue their behavior even while reporting that the substance (e.g., cigarette or drink) is no longer pleasurable. Addicts often express that they continue to use drugs even when they no longer derive any pleasure. For example, some cigarette smokers express a deep hatred of smoking, but they continue to smoke regularly.

Despite the development of some effective treatments, there is no cure for addiction. Recovering addicts often manage their tendency to make mistakes by exercising cognitive control, such as voluntarily reducing or eliminating future options. The main purpose is to reduce the probability of encountering cues that will trigger relapse. For example, even addicts who have stayed clean for years attend the meetings of support groups like AA — settings in which no individual therapies or drugs are provided.

Many addicts often substitute one compulsive problem for another. They become compulsive workers or gamblers, or use sex as they once used chemicals to combat the emptiness, boredom, anxiety, and depression that constantly threaten to overwhelm them.

The self-medication theory of addiction suggests that individuals with deficits in emotion-regulation skills — the skills relevant for modifying emotional reactions and tolerating negative emotions — may use drugs in an attempt to manage negative or distressing affective states. For instance, individuals with histories of exposure to adverse childhood environments (e.g., physical and sexual abuse) tend to have a diminished capacity to regulate negative emotions and cope effectively with stress.

Most individuals who try drugs use them only a few times. Some will never advance beyond experimentation. Others will quickly become deeply involved and stay that way for a long time. There is substantial evidence of a genetic predisposition to develop an addiction. For example, due to genetic vulnerability, children of alcoholics are at higher risk for future alcohol problems, and many show high levels of impulsivity. Thus, you may have two glasses of wine and desire no more, and yet a genetically vulnerable person struggles to stop with six.

Is there a difference between a substance abuser and an addict or alcoholic? At some undefined point, substance abusers are no longer in control of their substance use. Just as a pickle can never become a cucumber again, once a person crosses over this undefined line, there is an alteration in brain circuitry that cannot be reversed. Every drug addict starts out as an occasional user and then shifts to a compulsive user.

10. Addiction is not limited to substance abuse.

The psychological concept of operant conditioning suggests that if a behavior is followed by a rewarding experience, an animal (or individual) becomes more likely to repeat the rewarding behavior at a later time. For example, a dog performs a trick to get a dog treat. In human beings, operant conditioning allows them to learn behavior leading to certain rewards (or consequences). For example, learning that playing video games (or web-surfing, shopping, or work) is followed by a reduction in distress, an individual will be more likely to engage in the act in the future.