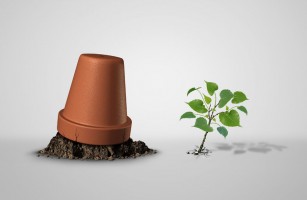 We all have something in our brain called the “reward pathway.” Its function is to reward us with a chemical called dopamine when we do certain things that give us pleasure.

When one watches pornography his brain gets flooded with a really high level of dopamine. A healthy brain isn’t used to all that dopamine, so the brain responds by getting rid of some of its dopamine receptors. However, when the body reacts with fewer receptors, the person can no longer feel the same excitement or arousal from that type of pornography. As a result, they have to watch more porn, watch it more often, and move to a more intense material to feel that same original feeling. What happened? The answer is that the brain's pleasure response has been numbed.

Furthermore, due to fewer dopamine receptors, the person can no longer feel the same amount of pleasure as before. Little things, such as visiting a friend, spending time with family, or playing a sport, may no longer be able to make him as happy as it used to.

Pornography can easily give one the illusion that it increases pleasure. However, it comes at the great expense of a reduction in our long-term pleasure.