Am I an Addict?

Ask these simple questions to find out! 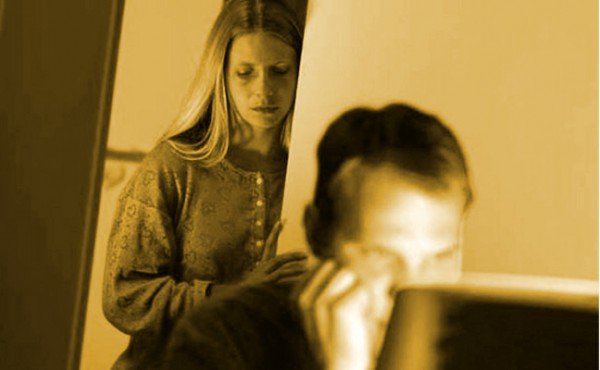 Robert came to my office, not by his own choice. He was “forced” by his wife Linda to meet me with me. She was sick and tired of Robert’s growing distance from her. And had suspected that he was acting inappropriately on his computer and was repulsed by the way he would flirt with the women in his office, waitresses, and even his daughter’s friends. It was evident to me that Robert didn’t want to be in my office. In fact, Robert was very fidgety, defensive and argumentative and kept looking at his watch to see when he could run out of the hour long Session!

As we talked, I tried to assure Robert that I’m not taking sides nor am I blaming him for being so angry that he had to come to see me. I told Robert that he can get up and leave anytime he wants. But Robert stayed. And slowly, he revealed that he was not only furious at his wife but saw very little hope that they could stay together. After getting a little more comfortable, I asked Robert why he thinks his wife made him come to this Session. He answered that “She thinks I’m an addict and that I waste too much time on the computer and my iPhone.” He also shared with me that for quite a while, he had lost interest in being with his wife. She turned him off because she wasn’t the Size Two slender girl he married 12 years before. She constantly nagged him and he felt that it didn’t matter what he did for her, she was never satisfied. Our session came to a close and I asked Robert if he wanted to see me again and he agreed.

The next time we met, Robert was more relaxed and open. I noticed that every few minutes, he would have to check his iPhone to see if he got any new emails or WhatsApp’s. I asked him what he did when he felt he needed to “escape” the struggles at home or in his life. Robert shared that he liked to spend time on his computer checking out Facebook, Twitter, News links, Sports and even said that he would occasionally look at Porn. I asked him if he knew what addiction is and if he felt he might be an addict. Robert refused to agree but wanted to learn more. I knew I needed to take a gentle approach with him and shared the following:

First of all, there’s no value to living in shame if you find yourself hooked on some form of escape! We all want to be better individuals, spouses, parents, workers and more. If there’s some kind of struggle in your life, who wouldn't want to be free of it?

Maybe you grew up with difficulties. You felt ignored, or left out, or teased or even abused. And as a child or young individual, you found some way to escape the pain. Maybe you turned to food or alcohol or drugs or sex. Maybe it was spending hours on the internet or on social media. You may have felt that you didn’t have real friends, so you found “virtual” friends.

And over time, you learned that this outlet, this escape was the best way for you to cope with your struggles. But what worked for you when you were younger isn’t necessarily healthy or effective for you today. And now you just can’t seem to stop!

If you’re reading this, I want to applaud you for being so brave that you want to learn more and change your life for the better. Please know right now that you aren’t alone. And there are so many tools and resources for those who suffer from unhealthy behaviors.

One of the best ways to get started is to answer just a few questions to see if you are or if you’re not an addict. First of all, we have to dispel the notion that if you’re admitting that you are an addict that you are some kind of bad person. Or that you’re evil or unholy. It’s just not true! Like all of us, you were still created as a Tzelem Elokim - in the Image of God. And that God stills love you. And He wants you to grow closer to him. And for many of us, including Avraham Avinu, it is our tests and our efforts to overcome them that makes us great!

So let’s get started and think about a behavior that you may be finding you can’t seem to stop or that it’s affecting your life - like overeating or alcohol or shopping or spending too much time on the internet or your phone just browsing, on social media or even pornography. You might even be a “learn-aholic” running to the Beis Midrash to stay away from your home or your responsibilities. Whatever the behavior is, I’d like to share just Nine Questions presented by Dr. Weiss to help you answer…

Number One - Have you tried to stop but you keep going back to this behavior as your escape from life?

Number Two - Have you made a promise to someone that you will stop? Maybe to your spouse, parents or friends or to God - or even to yourself! And then you find that you can’t keep that promise.

Number Three - Has there been a “consequence” in your life because of your behavior? Maybe your wife wants a separation. Or you’ve lost a job. Or you’ve wasted a lot of money on this behavior.

Number Four - Do you keep doing this behavior in spite of the consequences? You’ve suffered a consequence but you still can not or do not want to stop.

Number Five - Is your old behavior not as satisfying as you want any more? You find that you need something “more extreme” to get the same pleasure you got before. Maybe you used to get that “high” with looking at pretty girls on the street, but now you need to look at nude women on the internet.

Number Six - Do you need to do more of that behavior to get the same pleasure you got with less? Maybe you used to get that high by drinking one shot of schnapps at the Kiddush but now you need four shots.

Number Seven - Do you spend more and more time in this behavior? It takes up more time of your day. Or you’re obsessing or fantasizing about it more?

Number Eight - Do you have a deeper withdrawal when you can’t get your fix? Think about the time you didn’t have access to your escape. Maybe your iPhone ran out of power and think about how frustrated you were or desperate to recharge and use it again. Maybe you lost your Wifi connection and felt like you were detached from your escape.

Number Nine - Does this behavior take you away from your other activities of life? Perhaps you spend less time with your family because of your fix. Or you’re spending less time being the “Eved Hashem” you are striving to be.

Psychologists say that if you answer "yes" to three or more of these questions, then you’re probably addicted to this particular behavior.

Remember, the goal of this exercise is not to shame or hate yourself. It’s to help you wake up to what is probably holding you back from living the life you always wanted. You probably already suspect that your addiction is taking control over you - that you are “powerless” over it. And that you have lost control.

So please use this information and start to take steps to take charge of your life again. You can find the healing you want and become the man or woman that you always wanted to be! You can start now by learning more about the 12 Step Program and see how it can help you overcome your addiction.

You may be asking now, “Why bother?” Because you deserve it!

We share Robert’s and Linda’s story as we are writing a Monthly Series about lust and internet addiction. In upcoming articles, you will learn a lot more about this "dis-ease." We will share more stories about real husbands and wives, and how you will learn about the cause and effect cycle that leads to all addictive behaviors. The research and methods we present are based on the well-known 12 Step Program for Addictions, the Art and Science of Personal Development and Motivation utilizing the latest insights from the fields of neuropsychology and enriched by the enlightening Wisdom of our Sages.

Please know that this disease does not discriminate whether you are young or old, traditional or modern, whether you wear a kippa or a sheitel... or not! This Lust Addiction is truly a “Silent Killer.” It can exist in your midst and you may not even know it.