What about a girl having "dirty thoughts"? 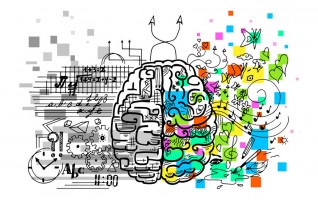 Everybody always talks about how a woman must dress tzniusdik to avoid the man having “dirty thoughts”. I have “dirty thoughts” about men and they don’t have such extreme Halachos Of tznius. Is it normal that I’m having these thoughts? Does the Torah acknowledge a woman’s thoughts and how to deal with/stop them?

First of all, the fact that you are controlling yourself is very enviable spirituality!! more power to you!

Now practically, in former times, The vast majority of women were not sensitive. It would take a husband considerable effort to arouse his wife - discussed in Halachic works how to deal with this disparate arousal threshold.

This has considerably changed in the last 50/60 years. The causes are many but not relevant to our discussion. Until recently, there were only few women in SA or related support groups. Now, there's a GYE division for women & SA "women's only" and other support groups are very common.

Things have changed. Would we have a Sanhedrin today, would they enact Takonos in response? Most probably! But we don't have a Sanhedrin so Halocho remains status quo. However, there are many in the orthodox world that have become sensitive and the men also dress "tznius-dik"

But for someone such as yourself, in our present milieu, the recommendation is to follow the suggestions that heretofore the Torah had made for men on how to control their thoughts.

I wud also suggest that if these intrusive thoughts disturb you, that perhaps u shud seek counseling from an appropriately trained therapist to "defuse" your physiological/psychological response.

Firstly, any sort of obsessive thoughts are dangerous and need to be dealt with.

With that said, this is but one aspect of tznius. What is tznius really about? Tznius is about having the right sort of priority in terms of expressing my internals, my true essence, the soul. Tznius is to ensure that the expression I'm giving is of a human being and a bas yisroel, and not just emphasizing the physical external aspect. - A book that I would highly recommend is Inside/Outside by Gila Manolson - Its a beautiful, engaging, and thought provoking book and it can help you shift your thoughts about tznius to the essence and beauty of it instead of the misunderstood main focus on dress code and inches. Rebetzin Heller has speeches about this too and she says when tznius is understood properly it becomes something to be proud of!

Now going back to the question you raised about thoughts. If its frequent or obsessive then the recommendation would be to see a therapist and maybe even consider a psychiatrist for some pills (in extreme cases). If its occasional, know that part of being human is having images pop into our brains. We are just wired that way. The question is do you take that fleeting thought and run with it by painting it in color and 3D? The work lies in noticing the thought but not dwelling on it, just steering your mind to a healthier 'topic'.