The Movie Theater Up in Heaven: You're On! 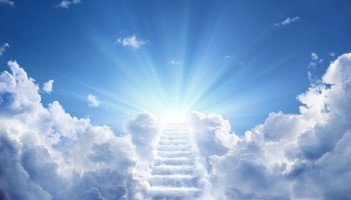 I have struggled with shmirat habrit, like many of us, my whole life, ever since I was about 10. I always used to think only I had this insane problem, and I felt guilty, sick, depressed, alone, suicidal etc. - that is until, Baruch HaShem, I came across GYE and realized we all go through the same struggles, and I'm certainly not alone.

So first of all: a huge hakaras hatov to GYE and the people behind the scenes who make this happen. The zechus you have up there is indescribable! You should be blessed with continued syata dishmaya and success, Amen!

A big turning point for me was imagining being up in shomayim and everyone is watching my life movie (which, according to Pirkei Avot, is what actually happens after 120), and everyone seeing me fight against the yetzer hora these past 20 years of my life... constantly trying, making guards, building fences, falling so many times but constantly getting back up, crying in davening to HaShem to help me, falling the very same night over and over but trying again and again and again... almost giving up but then revitalizing myself with chizuk from GYE and going again, 1 week clean, falling, 2 weeks clean, falling, a month clean, falling... yes, the struggle that I now realize we all go through! So imagine everyone up there watching this epic movie, imagine how proud you would feel seeing yourself trying and trying and trying over and over again! You would be grinning from ear to ear!

So why are we so harsh on ourselves down here whenever we fail. Let's be proud and know that it's all about the fight and the struggle, the efforts and the battles we put in, the outcome is nice too, but it's extra, the result almost doesn't matter up there in the movie theatre, they just want to see you fight and fight until the very end. If you were always concentrating at not reaching your target and therefore gave up hope and didn't fight, then that is bad... however, if you fought and fought, then even if you didn't achieve, you're good to go.

This movie scenario has given me so much fight power and strength and has encouraged me to continue my war against the YH and to never ever give up or get depressed just cos I fail and lose battles here and there. I will keep on fighting in the next battle and the next and ultimately create the proudest everlasting moments of my life.